Bring on the Drama: Dissecting Family Drama in Series Romance by Karen Rock 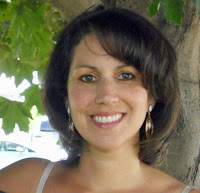 I’ve long been drawn to the alchemy of family. It’s where the emotional action is in life, and in fiction. When writing a romance series, grounding the series in family drama provides a rich and dynamic cohesive element in which romance readers become deeply invested. They care greatly about what happens to the family over the course of a series as much as they care about individual members from book to book.  Recently, I’ve been writing a family-based romance series, ROCKY MOUNTAIN COWBOYS, centered around two feuding ranching families and neighbors, the Cades and the Lovelands who, over the course of the series, must overcome their differences when the widowed heads of each household become romantically involved. Two books of this nine-part series are already out, CHRISTMAS AT CADE RANCH, (Nov. 2017) and, FALLING FOR A COWBOY (January 2017). Book Three, BAD BOY RANCHER comes out April 3rd. Writing about these complex families is an absolute joy, and I thought I’d share some tips for creating a compelling, family-based romance series readers will love.


1.      Treat a family as an entity… a living being that has its own unique personality and makeup. When it comes to the Cades and the Lovelands, the Cades are known to be passionate, hot-tempered and impulsive. The Lovelands are tight-lipped, stoic and stubborn. They’re opposites which creates lots of great tension and conflict for the feud plotline running through the series. Additionally, while each family member has his or her own personality, the qualities that define their particular family are incorporated in their characterization on a sliding scale of intensity. For example, James Cade, the controlling older Cade brother who manages the ranch is the coolest head in the group, yet he has his moments, particularly when in a romantic setting with the heroine, where his inner “Cade” is unleashed and he becomes passionate and impulsive. On the opposite side of the Cade spectrum is Justin Cade, the hero in BAD BOY RANCHER. He’s a darker character than his siblings, much more hot-tempered, more impulsive, and so passionate that his intense feelings for the troubled heroine in the book are impossible for him to contain. 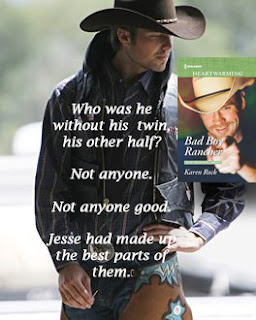 2.      To continue the idea of a family as a living being, consider each member in terms of the key role they play in keeping the family going, almost like organs in a body. For example, in the Cade family, each member contributes something vital and specific to the family. And like an organ in the body, when one member is lost, such as is the case when the Cades lose their youngest member, Jesse Cade, the result is crippling. It takes time for them to heal, another overarching theme in the series, as they struggle to figure out how to continue on without their lost loved one, without the critical role this member played in the family. 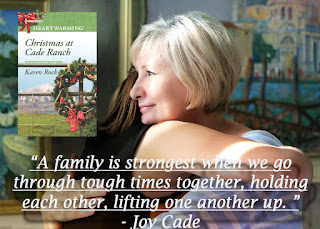 3.      Another consideration in creating a fictional family is their history: a defining timeline of shared events and experiences. Those events may be small, happy ones family members draw on when reminiscing or following certain traditions unique to their group. On the other hand, they may be big events, sometimes catastrophic, seismic shifts the family experiences. They may think of themselves in terms of “before” and “after”, the family forever changed as a result of tragedy. Such is the case in the Cade family when they lose Jesse, the youngest brother, to violence associated with his opiate addiction. His tragic and shocking death sends the Cades into a downward spiral where each member must come to terms with their role in what happened to Jesse, and the path forward to healing, not just as individuals in each book, but over the course of the series, as a family. 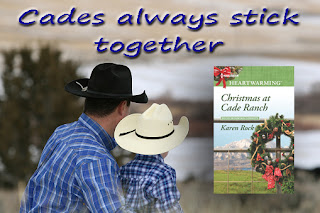 4.      Finally, consider interpersonal relationships when creating a fictional family. Just like in real life, members of a family relate differently to each other. Sure… we’re not supposed to love any family member more than the other, but the truth is we may have more in common with, or get along better, with certain family members than others. Fictional families must behave similarly in order to feel authentic. Determine ahead of time things like which members would be allied with whom, or who tends to argue or disagree more often with the other. For example, these dynamics come into play during the Cade’s monthly board meetings. Jared is usually allied with his mother and votes with her on ranch issues whereas James and Jewel usually side together against Jared and Joy… leaving Justin as the swing vote and subject to much persuasive talk and sometimes outright bribery to win his vote- lol. Yet ultimately, when an outside threat looms, such as is the case when Joy, the matriarch of the Cade clan and Boyd, the patriarch of the Loveland clan, become romantically involved after meeting in a bereavement group. Not only do the siblings of each family unite to stop their parent’s romance, the siblings from both families work together for the first time in over a hundred and thirty years to conspire against a romance that could potentially unite these mortal enemies.

If you enjoy family dramas in a country-western setting with rancher/cowboy heroes, I hope you’ll check out my ROCKY MOUNTAIN COWBOYS series and my upcoming April release, BAD BOY RANCHER (Book Three). To win an autographed copy of it, share the name of one of your favorite fictional families, in a movie, on TV or in a book series, in the comments section, winner announced here Friday, April 2nd. To learn more about my series, please stop by my website at http://www.karenrock.com. Add BAD BOY RANCHER to your Goodreads “To Read” list at  https://www.goodreads.com/book/show/36760493-bad-boy-rancher Thanks so much to my Heartwarming family of authors and readers :-)