A short story by Amie Denman 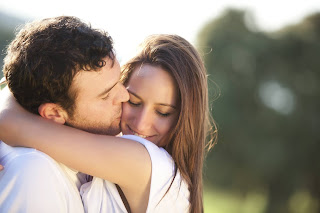 Last year, I wrote two short romances for Woman's World magazine. It was challenging and fun to write a love story in only 800 words. Just for fun, I wrote a new one inspired by refinishing the hardwood floors in my century home. Here's a little love story.


“Can I walk on the kitchen floor yet?” Helen asked.

Ed shook his head. “Give it one more day and the varnish will be set.”

One more day, Helen thought. You always think you can do something tomorrow. Up until the fatal small plane crash that had claimed her grandparents a month earlier, Helen had always thought the future would stretch on forever. She had believed her grandparents’ home they were lovingly restoring back to its Victorian grandeur would be the site of many more memories.

“Come see the staircase,” Ed said. “When I sanded the steps, I found they were really beautiful.”

Helen followed Ed through the dining room where the floor had been finished for a week. Ed’s tall frame and broad shoulders exuded confidence in his work and ability.

“Beautiful,” Helen said. “It’s a shame the stairs were covered by that carpet runner all those years.”
She sat on the bottom step and offered Ed half her candy bar when he sat next to her.

“Lots of things are right under our eyes and we don’t see them,” Ed commented. Helen looked up quickly as he politely broke off a chunk of her chocolate bar. Did he know how she had loved him from a distance for years? She had been careful never to give herself away, not wanting to complicate a family relationship. Ed was the grandson of her grandfather’s best friend and Navy buddy. He’d joined his father in the construction and fine carpentry business while Helen had gone off to nursing school.

Helen sighed. “What should I do with this old house now that they’re gone? My parents are counting on me to see the remodel through, but then what?”

Ed rested an arm behind her on the steps, and she felt his warmth. “They were planning to keep it in the family, weren’t they?” he asked.

She nodded, tears threatening to fall.

“So why not do that?” he said. “All your happy memories aren’t behind you. No matter how much it may feel that way now.”

Helen smiled. “I remember standing on these stairs for a prom picture ten years ago. I always thought I’d…”

She paused, not wanting to say she’d imagined herself as a bride on those same stairs someday. She’d always thought her family would be gathered around the bottom of the stairs, watching her descend.

“Hey,” Ed said softly, slipping an arm around her shoulders. “This house will always be a part of you. That’s why we’re bringing it back to life.”

He paused and swallowed, and they sat so close together she could see every detail in his eyes even though she already knew how his hazel eyes changed with whatever work shirt he was wearing.

“There’s something I’ve wanted to tell you for a long time,” he said.

Helen put a tentative hand on his knee. Was it possible to hope?

“I’ve been in love with you for so long I can’t even go back and put a date on it,” he said.

“You’ve been in love with me?” she asked.

“Why didn’t you ever tell me?”

He laughed. “We grew up together, and I was such a goofball as a kid. I was afraid you’d laugh at me or think I was pranking you. But my feelings are real.”

"Mine are, too." Helen leaned closer and kissed him softly on the lips. "I love you, Ed." She had imagined such a kiss dozens of times. Could her childhood friend who knew her better than anyone else and whose workmanship was all around her in her beloved grandparents’ home…could Ed become hers?

“Come with me,” she said, standing and reaching down a hand to him.

They walked onto the front porch, and she pulled two wicker chairs together.

“Remember when you threw water balloons at me and my brother when we snuck up on you with squirt guns?” Ed asked.

Helen laughed. “You thought you were being so clever, but I was tipped off by an informant.”

“Yours,” Helen said, smiling. “I remember you delivering papers after school when I’d come over and do homework here until my parents got home from work.”

“Your grandmother always invited me in for cookies, and most of my newspapers were late.”

“Because I couldn’t resist being with you.” Ed took her hand and kissed her. “We’re going to finish the restoration on this house and make it honor the past while also being open to what’s next for us.”

“What’s next?” Helen whispered. “Now that I know how you feel, I want to treasure the present.”

Ed put his hands on both her cheeks. “Helen, let me be part of your future.”

“Our future,” she said. “And the happy memories waiting for us.”