Skip to main content
Posted by Elizabeth Mowers on June 03, 2019 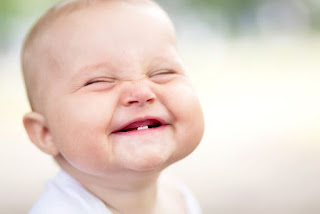 As my first book, A Promise Remembered, just came out in March, I've spent the past few months wandering into the new territory of book signings. As my background is in the theater, I was kind of excited to start author talks and book signings even though I had no idea what I was supposed to talk about for a half hour (at least!) before the signing took place. I had attended a few book signings of other local authors, though none of them romance authors, and I always enjoyed listening to how they finally got their first book published. I figured this was interesting to me because I was an aspiring author. But as I glanced around at the other folks in the audience, I wondered what it was about an author talk that was most interesting to them. Did they like to hear about how the author came up with the story idea? Did they like to hear about the process? Were they hoping to hear teasers about the next book?

So when I set out to have my first book signing, I was still grappling with what I should say. I didn't want to have notes or a power point or anything. I like listening to a good story so that's what I hoped to deliver to my audience. I'd tell my story.

As I have a self-deprecating sense of humor, the story I am about to share with you (against my better judgement) is...um...well...let's just say I don't come off too well in it!

A couple of months before A Promise Remembered was published, I managed to schedule a number of book signings. As my first one was at a library on the other side of town, I figured it was a good place (read: very low stakes) to practice my author talk. I had spent several days thinking about what my story was. What did I have worth sharing with an audience of strangers?

I had seen another author arrive to a book signing with a travel, wheel-on, suitcase of her books so that's what I'd do too. I carefully packed my suitcase with anything I thought would be useful: the sign-up sheet for my newsletter, bookmarks I had designed with my book cover on it, and copies of my book. But as I packed I immediately had to decide on the number of books to pack. What if no one showed up? I'd feel like an idiot wheeling thirty unsold copies of my book from the library to the parking lot at the end of the night. Although, I pondered, what if a book club showed up and wanted to buy twenty copies on the spot? (I've always been a bit of dreamer.)

I reminded my husband no less than five times that he had to be home from work by 4:30pm to watch our children so I could make my 7:00pm signing. Even though I was never a boy scout, I love their motto: Be prepared! What if there was a traffic accident on the freeway and my 30 minute drive quickly ballooned to 90 minutes? I couldn't be late for my own book signing now could I? A two hour window for drive time was my best way to head off a possible (yet improbable) disaster.


I arrived to my first signing (very early obviously) and set up my table of books. I spent several minutes deciding where to place a giant poster of my book cover. I wondered if anyone would show up. As it turned out, my three favorite people in the whole world did...my husband and two children who had secretly trailed me on the highway. My girls were giddy as they ran in, eager to surprise me. Gah...I didn't mind the smooches and snuggles.

Then we watched the minutes tick down to 7:00pm. I finally kissed my husband, thanked him for his unwavering support and lovingly told him to clear out. If no one showed at seven o'clock, I didn't want witnesses. As he and my children waved good-bye, a familiar face peeked around the doorway. Linda, a former co-worker I hadn't seen in twenty years, had heard about my author talk and had driven across town to see me. I was shocked. I was touched. I could have kissed this woman.

As it turned out, Linda was the perfect audience to practice my first author talk. As I had not been a writer when she and I had known each other, I was able to tell her my story as if she was a stranger, though she was a stranger with a beaming smile. We caught up and laughed about old times. She filled me in on what was happening with old colleagues. And when we were done, she said she wanted to buy a copy of my book.

I left my first author talk feeling quite happy. Unexpectedly seeing an old friend does so much for the soul as does all the laughing and reminiscing.

After we said our good-byes and I had packed up my car and headed home, something dawned on me.

The realization hit me like a fly ball to the face, and I started to laugh so loud and so hard I began crying. "Elizabeth," I laughed as I drove home. "You literally had one job and you failed miserably!"

As I have a self-deprecating sense of humor, I couldn't wait to get home to tell my husband and laugh about it all over again. Then I had to call my girlfriends and howl about it with them.

So dearest Linda, wherever you are, I owe you a signed copy of A Promise Remembered. Hopefully it won't be twenty years before I see you again, although I imagine in twenty years I might be a little better at this book signing thing. It's a mistake I will surely never make again!

Would you like to read the book that started me on my author journey?

After Annie's sweetheart, William, abruptly left town twelve years earlier without saying good-bye or contacting her again, she is completely caught off guard when he shows up at his mother's diner where Annie now works.

Here's one of the opening snippets from A Promise Remembered. 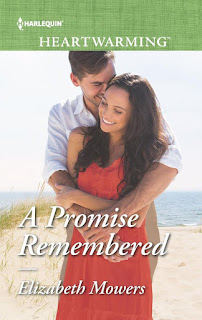 “I don’t know if it’s a convict, Miles. That was just one theory. Something about him reminds me of…” Annie gasped and touched her fingertips to her lips. “Oh.”

“Annie?” Miles’s eyebrows pinched together. “Are you okay?”

“Keep the pan on standby,” she muttered before scooting to the kitchen door and peeking out the porthole window. A cool sweat pricked every dainty hair down her neck as if someone had opened the door and let in a draft. It had been almost a dozen years since she’d waited anxiously on her mother’s back porch for that man to come for her, and now that he had finally returned home, he’d brushed her off. Sitting coolly behind the counter and hiding under the shadow of his cap, he was merely yards away and yet still so distant.

Annie watched Joyce spring into his arms and clutch him in a bear hug. His profile was an aged, heavier version than the boyish one she’d hopelessly spent hours admiring so many years ago. She had run her fingers along the scruff of his chin and nipped at his mischievously curled lips for an entire summer, back when she’d been young and careless. It had been the last summer of her youth, the last summer of innocence, the last summer before…

Annie drew a sharp breath and thrust open the kitchen door with a surge of adrenaline she didn’t yet know how to expel. Storming up behind the counter to size up the heartless cad who basked in his mother’s enthusiastic affection, she clenched her jaw and squared off in front of him. Joyce had quickly worked herself into a tizzy, clasping William’s face between her palms and shrieking with joy as patrons jumped in equal parts amusement and alarm.

“Baby boy, where have you been? I can hardly breathe. Look. Look! My hands are shaking.” Joyce turned to nearby patrons and announced for all to hear that her son was home from the Navy, and her prayers had finally been answered. Folks nodded and smiled politely, turning attention back to their Salisbury steaks and Reuben sandwiches.

“Did you decide?” Annie asked in a strained voice, attempting to interrupt Joyce’s hysterics.

“A coffee, please. Decaf, if you have it,” William said without casting his eyes in her direction. Annie scowled as he squeezed Joyce’s tear-stained face into his chest. He had a lot of nerve showing up with that easy grin plastered across his face. For a moment she imagined smacking it clear off him with the frying pan, tiny white teeth scattering to the ground like it happened in cartoons.

“William,” Joyce said, slightly releasing the death grip she had on him. She retrieved a tissue tucked between her bosom, dabbed her eyes and scowled up at him. “Dontcha recognize who this is?” William paused and studied Annie for a moment as she reciprocated with a cold glare. She had no desire to supply any word of help to the self-centered jerk. Joyce finally filled the awkward silence. “It’s Annie.”

Annie waited as recognition fell over William’s sun-kissed face. There had been a time when Joyce would have described her to William as “your Annie,” but those days had long passed. Though as she stood before him, memories thundering toward her like a freight train, she doubted they would be long buried.

“Annie Curtis?” he said, his smile fading to a wince. “H-how are you? I didn’t know you worked here.”

“Obviously,” she said, pouring his coffee with a jerk to splash it over the rim of his cup. “How long’s it been now?”

William faltered, raising the brim of his hat to reveal those pool-blue eyes in which she had once swum laps. They were the one thing that hadn’t aged a day and were still just as hypnotizing. If the rest of his weathered face blurred so all she could see were those eyes, she might as well be peering at the eighteen-year-old boy she’d once called “her William.”