My blog partner Cathy is in the desert and I'm in Canada, so we thought we'd give an idea of how our experiences of spring differ. Here's Cathy:


Arizona is an incredibly diverse state, climate and season-wise. But when it comes to springtime in the Phoenix area, there are basically two camps. People in camp #1 claim spring goes all the way from early February to June. This is mostly because our winters are so incredibly mild. Those in camp #2 say spring lasts from March to early April when summer begins. I tend to belong with camp #2 as it’s hard to argue summer hasn’t already arrived when we’re suffering ninety degree days already.
Yes, the heat is a definite downside to living in Phoenix (I’m sweating as I write this). But there’s an equal number of reasons to love spring in my neck of the woods. Here are my top ten in no particular order:
1)    By April it’s already swimming pool and t-shirt weather.
2)     Glorious blooming cacti. 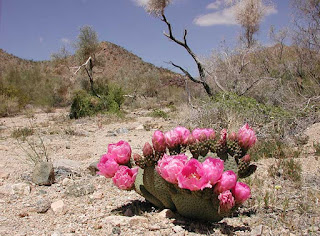 3)     Spring training if you’re a baseball fan. Major League Baseball has 30
teams, 15 of them have spring training bases in the Phoenix area.
4)     Hummingbirds have arrived, put out your feeder.
5)     Other parts of the country are still shoveling snow while we’re
sunbathing.
6)     Chocolate Affair – this annual event includes the largest booksigning in the state for romance writers. 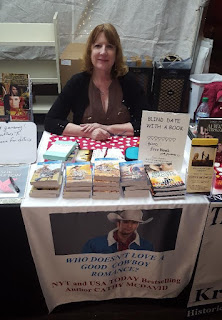 7)     No daylight savings.
8)     Winter visitors leave (and tourist, too, in proportion to the rising
mercury).
9)    Farmers’ markets – so much fresh produce grown locally or shipped in
from nearby. 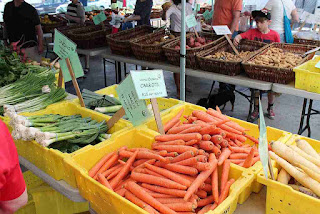 
Personally, I enjoy this time of year, be it six weeks or four months. I love walking the dog in the early evenings and hiking in the early mornings with my husband. Life can’t get much better than that ☺

Kim again. I'm currently editing this while sleet is coming down and we prepare for an ice storm that may bring down power lines - April 14! So here's Canada for you.

Spring in Canada obviously covers a lot of ground. We have a southern bit that stays mild enough for wineries, and we also go as far north as possible before heading south again. Victoria on the west coast has been compared to England, while Newfoundland on the east is about as brutal as it gets.

But yeah, spring is colder and later. 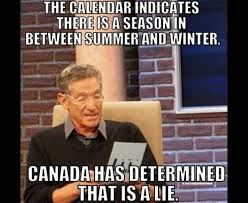 It often seems like we go from winter coats to sandals, for real. 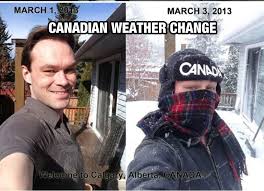 And it can be schizophrenic. 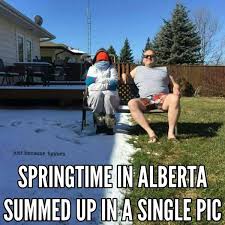 It's not that much different in Ontario. 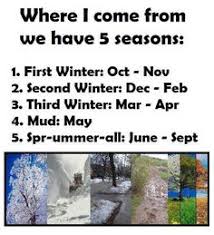 This describes more what this year has been like for me. Haven't got to mud yet, but with a dog, it's coming.

Since we can't always count on the weather co-operating with the calendar (my parents came out to visit one Easter in Winnipeg and almost couldn't get a flight home because of a blizzard) we've learned to just make our seasons as we need to. 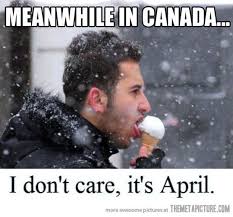 So when Dairy Queen opens, we enjoy.

Hope you're enjoying your springs, wherever and whatever they're like!

Kim Findlay
HER FAMILY'S DEFENDER out May 1st!
www.kimfindlay.ca