The Fondness for Remakes by Melinda Curtis

With a sigh of relief that it is now April and I no longer have a March book out...

I have a love-hate relationships with remakes, whether they be remaking songs, TV shows, or movies. Why? Because sometimes they screw up what I loved about the first version and sometimes they carry the heart and soul of the old and add something truly great to it. Here are some of my winners, hopefuls and pet peeves. 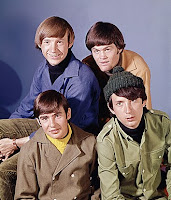 Music:
I was not a fan of Smash Mouth's version of I'm a Believer (a Monkees original). It completely lost the heart and charm of the song. Granted, if Smash Mouth was doing the cover at a bar and I'd had a drink, I wouldn't complain. Here are the two versions if you need a reminder. I've heard the Cold Play version once. Gotta say it earned my bar-dancing vote.

Television:
Growing up in a household with one TV - the horror! - my mom basically controlled what we watched. She was a huge Star Trek fan (yes, she went to conventions). I grew to love the original TV series. Years later when they first brought back the series "reimagined" with Captain Picard, I was a fan. But somehow, the later incarnations of the series just didn't capture me. Do you have a favorite captain? I admit, I cannot choose between these two.
Movies/Limited Series:
Now I know I will not be popular with this choice. When it comes to Pride & Prejudice, I'm a Kiera Knightly fan because I like spunky heroines. Now, Mr. Darcy... 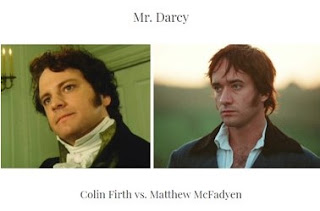 I love Colin Firth, but Matthew McFadyen brought some soul to the role of Darcy. Just look at that face when Elizabeth rejects him! 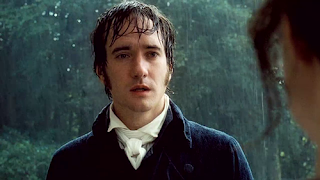 Enjoy a little remake-itis. Happy Monday! Happy not release month to me!

Melinda Curtis is an award-winning, USA Today bestselling author of over 40 romances. She writes sweet romance for Harlequin Heartwarming, sweet romantic comedy and sexy contemporary romance. Her latest release was Marrying the Wedding Crasher, about a man who needs a wedding date.