Love at any Age

Posted by Beth Carpenter on June 28, 2018
Alaskan Hideaway, third in the Northern Lights series, comes out July 1st. This one is a little unusual because of the ages of the main characters. Ursula Anderson was a supporting character in the first two books. She’s a widow, well into her fifties. I picture her looking a little like Kelly McGillis in this photo. I’m not sure if Ursula is the oldest Heartwarming heroine yet, but I suspect she may be. Does age matter? Is Ursula different from younger heroines? Maybe in some ways.
Ursula is comfortable in her own skin. She’s experienced success in marriage, in raising a son, and in running a bed and breakfast inn. So when her goddaughter Rory is orphaned, Ursula feels confident in her ability to parent the girl.  Not that she doesn’t have doubts and difficulties, but experience has taught her that she’s up to the challenge.

On the other hand, being comfortable with herself and her life can make it harder to adapt and change. Ursula has been a widow for a long time.  She’s used to depending on herself. The attraction she feels for Mac kind of sneaks up on her, and she's not quite sure it's a good thing. Especially with Rory in the picture. 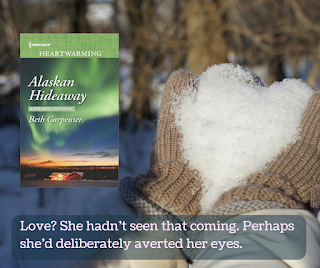 But when it comes down to it, every love is unique. Mac and Ursula may have more life experience than some other Heartwarming couples, but Ursula has never been in love with Mac before, or vice versa. Falling in love is still new, and thrilling, and a little scary. Regardless of age.

What do you think? Does romance change during the different stages of life? Or when it comes to love, all we all just tongue-tied teenagers down deep? 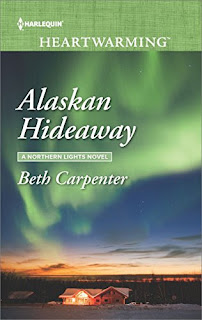 He traveled 3,800 miles to be alone
…but is it what he really wants?
Relocating to Alaska after a family tragedy seemed an ideal way for author R.D. “Mac” Macleod to grieve in peace. But solitude feels overrated when Mac’s around B&B owner Ursula Anderson and her orphaned goddaughter, Rory, who’s already bonding with his dog. Worse, he’s imagining a future with Ursula and Rory. Is it time to finally forgive himself?