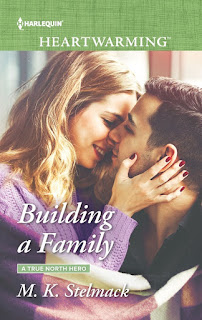 The best man in the world wanted to marry herBut she couldn’t say yes…yet!Most girls dreamed of the day someone offered them a ring. Not Connie Greene. She couldn’t even open the box. She did care for Ben Carruthers—always had, always would. But she couldn’t marry him until she’d made amends for the wrongs she’d committed. Until then, she had to protect Ben from himself. And most important, from her. 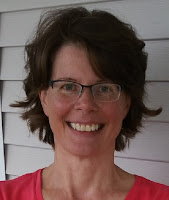 Hello! Thanks for stopping by on a Saturday when sun, family and errands are likely pulling you away. I'll try to make your time here a little entertaining and possibly profitable. First up: BUILDING A FAMILY. If you are a regular reader of the blog you will know that I've already introduced the heroine to you. Here's a link to my interview with her a couple of weeks ago:  Chatting with Connie

Connie first appeared in my first story, A ROOF OVER THEIR HEADS. She was a nasty piece of work, and readers did not like her at all. It turns out that Connie didn't like herself, either. Her story is as much about her finding reason to love herself every bit as much as the man in her life loves her. The early word is she managed to pull it off. Here's what reviewers are already saying:

"The story just grabs you from the beginning and makes it hard to put down. I tell everyone, yes this is a love story BUT it has a great story with it!"  Karen Mcnicoll

Retailers often let you have a sneak peek at the opening pages but I'd like to offer an excerpt that you might not see otherwise.


Connie didn’t even bother knocking on Ben’s door, but rounded his house to the backyard, where his workshop dominated.

She pushed open the workshop door and, sure enough, there he was. He sat on a sawhorse, in front of a huge sheet of wood leaning against a wall. She inhaled the smell of newly cut wood and the chemical tang of varnish. When they had been together, she breathed in the same smells on his neck.

“I haven’t been here in years and it still stinks to high heaven,” she declared.

Other than turning his head to her, he didn’t move. Connie checked for the box in her front jacket pocket for the thousandth time. “You didn’t return my calls.”

Ben shrugged. “I didn’t know that I was supposed to.”

“After six calls, it should be obvious.”

He went back to studying the sheet of wood. He was going to make her spit it out. Fair enough. The ball—or the ring—was in her court.

“I found the Valentine’s Day gift you left in the kitchen.” A part of her still hoped it wasn’t him, though who else?

He didn’t lift his eyes from the absolutely riveting wood. “Did you like it?”

“I never opened it.”

Ben’s shoulders curved in a kind of cringe. She’d hurt him. Well, let the bleeding begin. She pulled the box from her pocket and set it beside him on the narrow wedge of the sawhorse. “Here. You can have it back.”

He maintained his focus on the wood. “I’m not taking it.”

“You have to. That’s one gift you have to accept if the recipient declines.”

“What would I do with an engagement ring if I’m not going to marry the man who gave it to me?”

“I suppose you could give it away. Or sell it. It’s yours to do whatever you want with.”

“Don’t be a jerk. You know that I don’t have the willpower to sell it or give it away. You also know that it’s taking every last bit of my self-control not to flip open that box, jam on the ring and make you marry me. I am really that shallow.”

Finally, he dragged his attention away and looked at her with his strange brown eyes flicked with yellow. Polished and stained circles of natural mahogany. “Connie,” he said, “I don’t know that at all.”

She glanced away. Had to, if she was going to get through this, if writing his name down not a freaking hour ago was to have any meaning. “Well, it’s true,” she muttered to the cement floor. It had a crack in it. She marked its path across the cement to where it forked underneath the sawhorse, the two paths fading away underneath the sheet of wood.

“Just to be clear,” he said. “You wouldn’t be making me marry you. The fact that I have you the ring indicates a certain amount of free will on my part.”

“Ben. But—” how to say this without sounding mean? “—you were always a bit dumb when it came to me.”

He traced his finger along a curving grain in the wood. “I’m aware of that,” he said softly.
“Ben, listen to yourself. You sound like someone on a suicide mission. Are you out of your mind?”

“Yes,” he said, “I am.” He picked up the box. “I’m so far gone that I bet I will go ahead and open the box, show the ring to you and you will cave and put it on.” His fingers settled on the lid.

She lunged and stripped it from him. “Don’t you dare.”

He returned to contemplating his big screen of wood. “I guess you’ll be keeping it.”

She chucked the box into her purse. “How long have you been keeping it? You didn’t have the time to drive the two hours to Calgary and back again last night.”

He didn’t answer and she was about to repeat herself, when he quietly said, “Since a week before we broke up.”

That was three years ago. When she was a drunk, unemployed and…hateful. How could he have even considered marrying her? “Why?”

“Connie, I get it. You’ve given me every reason not to love you. But last night you slipped up.”

“I slipped up? What are you talking about?”

“I saw you. I was coming out of the washroom. I spotted you over at the bar. You were picking olives out of my nachos.”

Her stomach flip-flopped. “The cook messed up. You hate olives. I didn’t want to hear you gripe about the mini rubber tires.”

He turned and raised his index finger, a detective about to break the case. “The reason I have always ordered nachos is because I thought your kitchen made them without olives. I assumed other people ordered them as an extra. But they didn’t. You’ve just always made sure that mine came without rubber tires.” His smug smile widened and softened into one that made her insides all squishy. “You’ve always known what I wanted.”

Panic ran circles around insider her. Remember the list, remember the list.  “You’re nuts. I have no idea how you draw a line from me making sure you don’t get olives to proposing marriage. I mean, if the criteria’s remembering what people like or don’t like, I’d be getting marriage proposals every other day.”

He shook his head, again in that slow way of his. “Not buying it, Connie.”

What would it take for him to understand? “Ben. I broke up with you. I cheated on you with another guy. Another guy that I didn’t care to date again, that I can’t even remember the name of, because he’d served his purpose of making you see that I didn’t want you then, and I don’t want you now.”

There, she could be blunter. Some of that wasn’t even remotely true, but it was all for his own good.

Ben didn’t even blink. “Don’t tell me what you believe I need to hear, Connie. I love you, you love me—” she squawked in protest but he sailed on “—what’s holding you back?”
Your name on my list. I can’t do or be anything with anyone until I can strike off each and every name. Until then I can’t look you in the eye. And looking someone in the eye when you promise your life to them is kinda important.

She could say none of that, because he’d tell her that he forgave her—giving her a ring proved that. He’d push her to move on, even while she still felt like the same destructive cheat who’d wrecked so many lives.


The best she could do was stay silent. Let her heart tie her tongue.

And if you want to experience the dark side of Connie, here she is in her brother's story:


M. K. Stelmack is the author of A True North Hero series set in the fictional Spirit Lake which is modelled on the small Alberta, Canada town where she lives in a house where pets outnumber the humans by almost three to one and the dust bunnies are the size of rodents. When she is not writing, she is reading, and when not doing those, she's hanging with family or friends, gardening, cooking or finding new and interesting ways to avoid facing down the dust bunnies.