There's Something About a Covered Bridge by Virginia McCullough

Posted by Virginia McCullough on July 10, 2018
For some reason, many of us are fascinated by bridges. They stand out as important landmarks that add character to the landscape, and like lighthouses, no two are exactly alike. That’s certainly true for covered bridges, which, just like lighthouses, are in the protection business. The only reason to cover a bridge span is to protect the structure itself and provide shelter for travelers. Growing up in Chicago, Lake Michigan lighthouses and a network of wonderful bridges spanning the Chicago River were part of my world and my love of both the beacons and the bridges has not dimmed. But as a child I thought those quaint red (usually) covered wooden bridges existed off in some fairyland, you know, like Vermont! 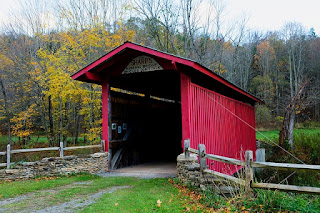 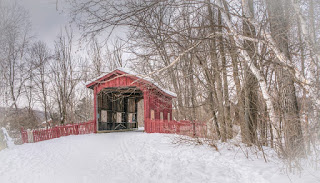 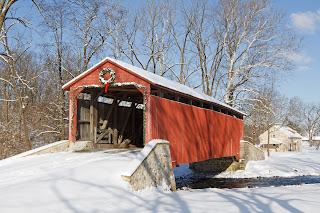 Eventually I learned that covered bridges exist all over the world, they’re not all made of wood, and many are sleek and modern. 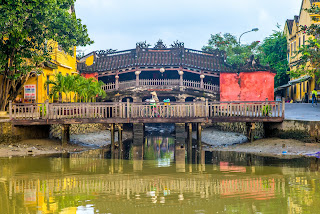 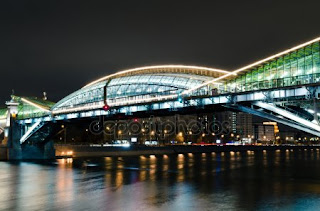 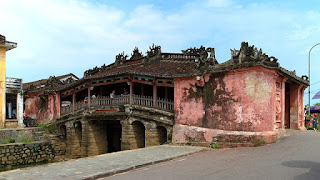 At one time, Canada and the U.S. alone were home to thousands of these kinds of bridges, and the mission of the National Society for the Preservation of Covered Bridges is to make sure those remaining few hundred historic bridges are maintained. About fifty of these bridges are under consideration for historic landmark status in the U.S. I sure hope that happens. 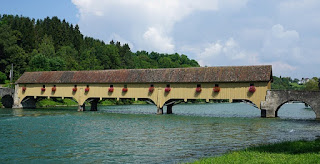 I didn’t know much about the history of covered bridges when I decided to set my new series in a fictional town I’ve named Bluestone River. The bridge and the location are loosely based on a town in Illinois I happened to pass through on a long road trip. When I saw the sign for the covered bridge I detoured to have a look and then stayed another day to poke around the town. I’ve been back now and again and always visit the bridge. Funny how many treasures we uncover by happy accident! 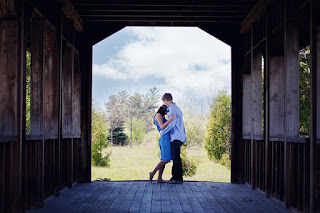 Meanwhile, I’m busy reviving Bluestone River, a place that fell on hard times and slowly stagnated. Twenty years ago most of its young people left to build lives elsewhere, and scandal drove a couple of young people away for good. But home towns have a way of calling people back, and sooner or later, those who return will wander down to the covered bridge, the favorite gathering place for teenagers on hot summer nights. Ruby, Mike, Emma, Parker, Ian, and Amy are whispering in my ear—I’m having a lot of fun listening to what they have to say, and I think Bluestone River may survive after all.

LOVE, UNEXPECTED, Book 3 of Virginia McCullough’s Two Moon Bay series, was released in May 2018, and GIRL IN THE SPOTLIGHT (Book 1) and SOMETHING TO TREASURE (Book 2) are available through all online retailers and the Harlequin Books site. Like Virginia’s other novels, her new Bluestone River series introduces characters who could be our neighbors and friends struggling with everyday life issues.

Virginia started writing articles and nonfiction books many decades ago and later turned to fiction. She’s called many places home, but has settled for now Green Bay, Wisconsin, where she writes her books and coaches other authors looking to create a fulltime writing career. Her other award-winning romance and women’s fiction titles include THE JACKS OF HER HEART, AMBER LIGHT, and GRETA’S GRACE.