Sit Down Saturday With Tara Randel


Today we’re celebrating the release of The Lawman’s Secret Vow This is Tara’s seventh Heartwarming book. 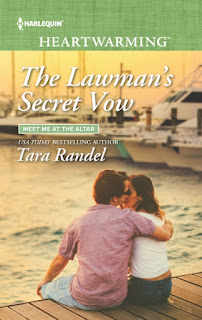 When I was writing The Bridal Bouquet, I had a scene with the hero of that book and his brothers. Before I knew it, the brothers’ had taken over. I actually had to make them leave town in that book so I could focus on the hero and heroine. When it was time to propose new story ideas to my editor, I knew I had to start a series featuring the Matthews brothers.

The brothers are concerned about their widowed mother, who is getting on with her life and dating. Problem is, with all their law enforcement background, they can’t find out who the mysterious man in her life really is. They’ll band together to do what they do best...uncover the truth.

This book features the youngest brother, Dante Matthews. Dante and Eloise Archer are detectives in a local police department, who have been paired up, pretending to be a newly married couple while they infiltrate a car theft ring. Problem is, they discover feelings for each other while undercover. Can they work together and keep their emotions in check as they delve deeper into the case? Or does the real danger come from falling in love?

What is your favorite scene?
I have many, but here is an excerpt for you to enjoy.

The well-maintained one-story house was painted a bright yellow, with white shutters. Neatly trimmed bushes lined the length of the foundation. Two smaller windows, curtains drawn, flanked the large picture window in the center of the home. A flag with bright flowers greeted them as it swayed from a holder by the front door. Best of all, in Dante’s opinion, it had a two-car garage. He planned on moving a car he’d been working on here in order to keep up with their cover.
“What do you think?”
“It’s lovely. To be honest, I wasn’t sure what to expect. I could only pull up a picture of the outside of the house from satellite imagery.”
“Think you could live here for a couple weeks?”
He swallowed hard at her luminous smile. “Depends on the interior.” She opened her door, hopped out of the car and raced up the brick sidewalk to the front porch, keys in hand. Finding her excitement contagious, Dante followed, stopping her before she entered the house.
“Hey, wait a minute.”
She turned before slipping her key in the lock, her brows lifted on a question.
“We’re newlyweds. I need to carry you over the threshold.”
She gaped at him. “You’re kidding, right?”
“Not one bit.” He took the key from her hand, unlocked the door, pushed it open, then proceeded to scoop her up into his arms.
“Whoa,” she cried, her arms quickly winding around his neck to hold on. This close, he inhaled the exotic whiff of jasmine. Her hair fell over her shoulders, revealing her graceful neck. Her coffee-colored eyes were wide with surprise.
This close, it would be easy to lean in and kiss her. What husband wouldn’t? Except he wasn’t her husband and no doubt she wouldn’t appreciate his advance. Her gaze met his, accessing the situation. Softening as the moment stretched out. It took every ounce of strength he had not to kiss her, anyway.
Instead, he said, “What better way to announce to the neighborhood that the newlyweds have arrived?”
She cleared her throat, her gaze darting everywhere but at him. “Do people follow this tradition these days?”
“The Smiths do.” He spun her around, then stepped inside the house. “Just so everyone knows we’re crazy in love.”
He immediately lowered her feet to the carpet and moved away. Too close, Matthews.

Who was your favorite character and why?
I loved Dante and Eloise, for different reasons. Dante is a loose cannon and Eloise is by-the-books. Playing those different traits off each other was fun, but it also left a lot of room for growth in these characters. To have them start off the book one way, then learn about themselves and end up more well rounded people, that’s a writer’s dream.

Tell us one thing you learned during research.
I’ve always loved anything law enforcement related, from books, movies and television series. It was fun to set a book in that world. And better yet, I got to call on my law enforcement friends to advise me. I often heard, “No, you can’t do that, but you can do this...” Being a police officer is a tough job and I admire my friends more and more when I ask for their help.

What do you plan to work on next?
I’ve finished the second book in this series, His Honor, Her Family, a February 2019 release. I’m writing book  #3 right now.

Click here for the Grand Finale of The Lawman's Secret Vow at Prism Book Tours. Once there, you can enter to win one of two prize packs. Open until Aug 22. 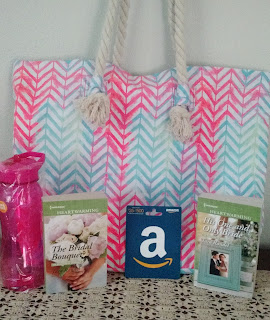