Patricia Johns: I worry about their health...

Posted by Patty on September 24, 2018
When I see posts of beautiful plus-sized women not apologizing for anything, there are inevitably a whole string of comments from people who claim to be concerned about their health. They say things like, "You have such a pretty face, and I don't mean to take away from that, but you have to think about your health!"

Tess Holiday has been raked over the coals recently for being on the cover a magazine. People moaned and groaned because they said she "glorified obesity." Just by standing there. As if by being on a magazine, she'll inspire millions of women to leap from their treadmills and change their entire body type. ("Never mind! I never realized there was another option!") There's no risk of that, I can assure you.  But... there might be some girls who look at Tess, look down at themselves, and realized that they're beautiful just as they are. Heaven forbid girls and women feel attractive and worthy, right?

We women go through enough at the hands of "the system" without turning on each other. No one is worried about a plus-sized woman's health to the point that they feel they can invade her privacy and spout off. Because really... you're concerned about her health? I call BS on that. If she were thin and standing here with a can of pop in her hand, would you worry about the amount of sugar she was consuming? Would a cigarette or an alcoholic drink make you suddenly alarmed for her longevity? Not likely. But when a plus-sized woman simply stands there feeling confident, looking beautiful and drawing the gaze of people who might not have looked before, suddenly everyone is concerned about a complete stranger's health.

Let me spell it out for them: DON'T BE! She's fine! She's happy. She looks good. I suspect she's also rich. She doesn't need their pity or their concern.

But I'm sure I've read somewhere that bitterness and jealousy can take years off a person's life. And I have to say... I worry for their health... ;)

That was a little bit catty of me... But it is because of attitudes like these that I wrote my most recent heroine as a gorgeous, confident, plus-sized woman. She's sweet, sassy, and just the hero's type.
No treadmill required. ;) 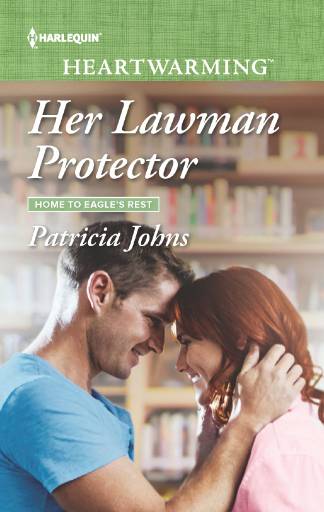 But his feelings for her are!
Detective Jack Talbott has devoted his life to ending police corruption. His latest target is Liv Hylton, the ex-wife of a dirty cop. She’s also the woman he’s secretly loved for years. To get close to her, Jack’s going undercover as her boyfriend. But when the evidence points to Liv’s innocence and a threat to her safety, he’ll do anything to protect her. Even risk his career…

And on October 2, you can pick it up at any online retailer!