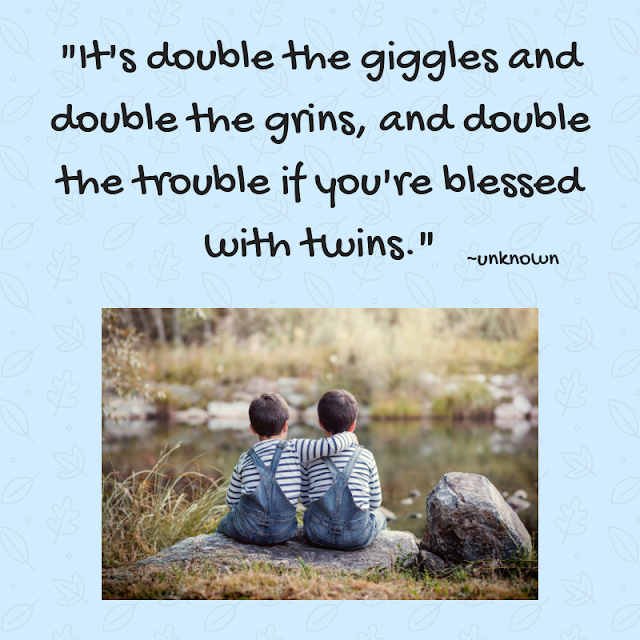 Everywhere we look these days Amy and I are seeing double! In the form of twins, that is. From the Return of the Blackwell Brothers series to our upcoming Holiday releases in the 12 Days of Heartwarming Christmas anthology, Amy and I have been talking and thinking and writing about twins. All this twin-ness means we’ve picked up some interesting tidbits. As if twins aren’t already super cool as it is, here are some fun facts we thought were worth repeating.

Almost completely identical, but not quite!
While the DNA make-up of identical twins is 99.9% the same, they have different fingerprints and bite marks.

Lefties galore.
Did you know twins are more likely to be left-handed than single babies? (22% of twins are lefties versus 10%.) 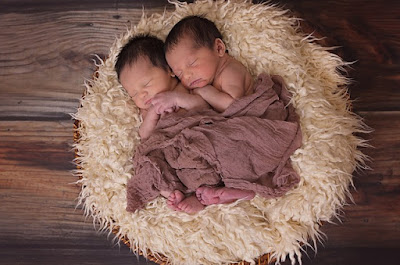 That twin bond is real!
Studies show that twins begin interacting in the womb as early as 14 weeks, seemingly being as gentle to one another as they are to themselves.

Fraternal twins can be half-siblings.
Although rare, it is possible for twins to have two different dads. 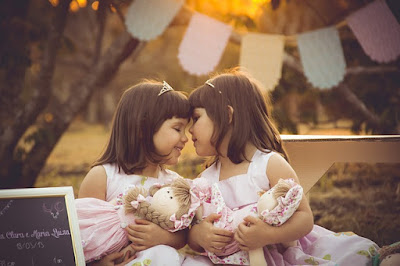 If you want a twin, be a twin.
Twin girls are twice as likely to give birth to twins themselves.

But you can also improve your odds (or not?):
By waiting until your 30’s to get pregnant when your chances of conceiving twins increases.

And drinking your milk. Studies suggest that women who consume dairy are more likely to have twins. Here's more info on these fascinating findings click here.

And still Amy and I couldn’t get enough!

We are excited to bring you identical twin sisters, Jax and Evelyn Marshall, in the upcoming 12 Days of Christmas stories. While these two sisters adore each other, they are different in very fun ways! 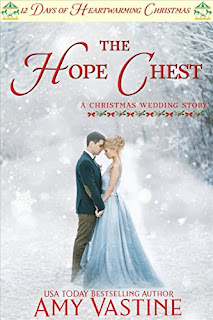 As the maid of honor for a Christmas Eve wedding, Evelyn Marshall plans to give the bride and groom something special - a hope chest that they'll want to pass on down through the generations. The only problem is that the bride didn't give her much time to plan for such a gift. When Evelyn's rush order gets cancelled, a friend suggests the help of the new high school woodworking teacher.

Felix Spencer came to Christmas Town to start over after the end of his marriage. He has no desire to let anyone get close again. Evelyn's request is easy to turn down until one of his wayward students shows some interest in helping out. Can a troubled teen and a hope chest bring these two opposites together? In Christmas Town, anything is possible! 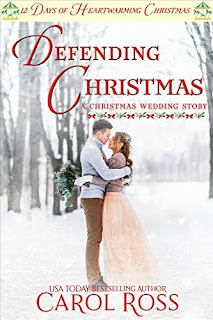 Christmas Town’s city attorney Lincoln Vasser suspects the multi-million-dollar lawsuit threatening the town is a fraud, but he needs help proving it. Private Investigator Jax Marshall comes highly recommended, but when Lincoln hires her he can’t quite figure out why. Her laid-back attitude, questionable work ethic, and apparent unconcern for the urgency of the case rub him the wrong way. It doesn't make sense for him to be attracted to her.

Jax Marshall knows that taking a case for the arrogant Lincoln Vasser is a mistake. But when he makes her an offer much more tempting than money, she agrees. She soon wishes she hadn’t. The guy is demanding and uptight, and, worst of all, he keeps trying to tell her how to do her job! He's almost completely unlikable. Almost.

For more information on Amy Vastine & Carol Ross, including a complete list of their books, please visit their websites!

What about you guys? Do you have any twins in your life or maybe some fun double-the-trouble stories to share?