Ode to Cowboys by Melinda Curtis 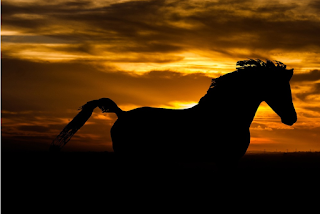 A long, long time ago, I was a cowgirl. And I've written my share of cowboys, including this month's release in the Return of the Blackwell Brothers series - The Rancher's Redemption. But it wasn't until a recent post about horses on my Facebook page that I remembered how tough cowboys are.

Cowboys take a licking and keep on ticking. Let's take a look at just some of the things that can happen to a cowboy.

Cowboys get squished against fences and walls.
Cowboys get stepped on by a ton of horseflesh wearing steel shoes.
Cowboys get bit (often on the fingers), whipped by heavy tails, receive head butts, etc.
Cowboys get thrown to the dirt, the brush, the water, the snow, the road.
Cowboys get tangled up, cut or scarred by barbed wire.
Cowboys get trampled by two ton livestock (with horns).
Cowboys get kicked as they help deliver foals, calves and kids.

Now, a regular Joe, someone with common sense. If two of those things happened to them (maybe even just one thing), they'd retire from the cowboy biz. 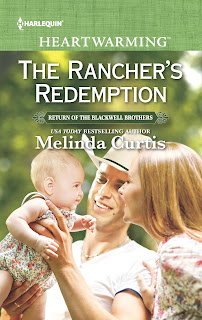 But real cowboys are tough. They come back after getting thrown, bit or trampled. They share their "war stories" and scars with pride - but only when cornered into doing it. Most cowboys - the ones I know, anyway - aren't showboaters. They take pride in doing a good job and hanging in there, knowing they'll never become millionaires.

I didn't remember how tough my cowboy friends were - how tough I used to be when I was one of them - until a seemingly innocent Facebook discussion about riding horses. Many people, arguably the ones with more common sense than me or my cowboy friends, had been thrown, bit, and stomped on, and had decided horses and the horsey life weren't for them. Life today means we don't need to be cowboys or horsemen. We can face challenges that don't involve physical danger on a daily basis. And that's okay.

So here's to cowboys. We love them because they're tough as nails with hearts of gold. I hope they never become extinct.

Melinda Curtis is an award-winning, USA Today bestseller of over 50 romances (26 with Harlequin). Her latest release is The Rancher's Redemption, about a lawyer who remembers he's a cowboy. Not to give anything away, but he just might get thrown in this book.