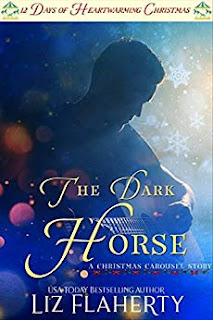 Since many of the readers of this blog are writers, Helen and I thought we'd preach to the choir this week. We would talk about our...ahem...writing processes. At least, this was the plan.

And there we go. As I have whined more than once over the years, I'm not sure I have a process. I'm pretty much a pantser. I have settings I want to use for one reason or another, my only requirements being that the places I write about have four distinct seasons and are rural or small town. Characters approach me, usually with names and personalities intact, and ask me to tell their stories.

So that's the plan.

For the first 15 or so books I wrote, that "process" worked fine, usually. There was the occasional recalcitrant secondary character who wouldn't stay toward the back of the stage, a notable heroine who never really changed from the start of her journey through to her happily-ever-after, a hero who was exactly like the one in the previous book. I had too many dimples in left cheeks and crooked smiles. Mostly, though, it worked.

Then, suddenly, a few books back, the people who introduced themselves to me started standing with their arms crossed and defying me--defying, I say!--to come up with a story for them. Ten-page days became two-page ones. Deadlines became more frightening than exciting.

Just last week I realized that the three chapters I wrote as part of a proposal were...well, they were dreck is what they were. (Isn't that a great word? I love it. But I don't like writing it.) I had to--loud gulp here--toss them. I didn't, really, because there are almost always parts you can use later, but they're not going to be in a book of their own. They didn't have a story I wanted to tell or anyone would want to read.

So here I was, of that "certain age" that jumped up unexpectedly even though I knew it was coming, and I worried way too much and too often that my writer's voice is retreating to a nice retirement community, only coming out to play shuffleboard with my muse to tease me.

I needed a plan.

Last weekend a new heroine knocked on the office door. I asked her in, complimented her brown hair, gray eyes, and her dimp--no, no dimples. I asked her where she was from. A small town in Vermont? Oh, good. Did she have a story? Well, maybe... Then I asked how old she was. She avoided the question for a little while, talking about being adopted and how after her mother's death she kept finding notes in books that renewed her curiosity about her heritage. I could understand that, was even intrigued by it, but...how old WAS she, for heaven's sake? 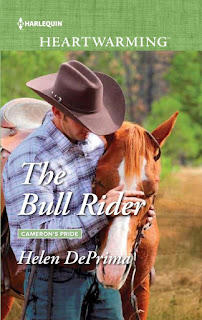 I once heard a lecturer at a writers’ conference describe storytellers as either organized or organic. She then proceeded to unroll an eight-foot roll of butcher’s paper outlining her entire novel, chapter by chapter, scene by scene, down to the paragraph level. Guess I must be organic; I couldn’t produce that detailed an outline even with a gun to my head.

I start with a main character or two, an opening scene, and a fairly firm idea of where they’ll end up by the end of the book. Beyond that point, my characters build their own story; I follow along in the dust recording how they work out their issues. Okay, I do considerable tidying up behind them, like the clean-up crew following a mounted parade. Once I become get to know them well, I have a good idea how they would or wouldn’t react in any given situation. On a few occasions, however, they grab control out of my hands. Half-way through The Bull Rider, my second novel in the Cameron’s Pride series, my heroine spoke three words completely without my permission, taking off cross-country with the plot in a direction I never foresaw. She was wiser than I; her willfulness enriched both the plot and the characterizations. 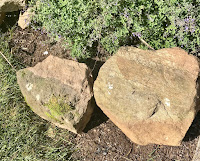 Moments like that are thrilling and more than a little eerie, like possession by some force outside my understanding or control. Obviously, the personalities in my novels become very real to me; I hope they also become real to my readers. One of the best compliments I’ve received came from my husband, scarcely a reader of romance. Half-way through reading a scene which I’d asked him to critique, he laid down the pages and said, “Jake would never say that.” 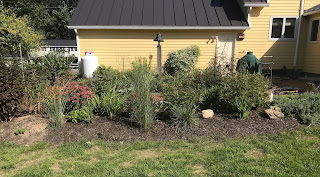 Conversely, sometimes my characters go into hiding, refusing to play the game. I counter their sulks by breaking for a stint of outdoor work – weeding my garden, going into the woods for a load of kindling, even shoveling snow. Nothing blows out the cobwebs like working up a good productive sweat. Right now, I’m building a stone retaining wall, digging rocks on our property and hauling them to their new home on a hand sled. I’m designing the wall much the way I write, putting stones in one place, standing back to study the effect, and then shuffling the whole dang pattern till it suits me better. By the time I handle a few hundred pounds of granite and smashing a finger in the process between two good-sized boulders, my characters and I are one speaking terms again, ready to collaborate in bringing their stories to life.

Beyond the book I want to complete for Heartwarming, a swarm of characters and stories are battering on the door, demanding to be let out. A mystery series with the backdrop of a Kentucky equine rescue, the tale of a young Marine vet with PTSD, a love story set on an island off the Maine coast . . . each one clamoring to be next. So many stories, so little time!