Posted by Liz Flaherty on November 15, 2018
by Helen DePrima

Family heroes. I could talk about my brilliant Aunt Willa who gave up her naval career to raise me, or my dad, who started as a teenager in the Louisville & Nashville RR mailroom and retired as the executive vice-president. Or my grandfather, who helped so many friends and neighbors make it through the Great Depression, but the unsung hero in the Holzheimer clan was my Uncle Averill, or 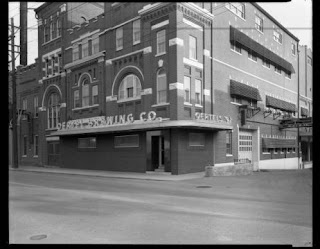 Al, as he was known on the loading dock of the Oertel’s brewery. He worked as an old-time teamster, delivering kegs and cases of beer by horse-drawn wagons through the streets of Louisville; later the horses gave way to horsepower, but Uncle Averill never gave up his love of draft animals. 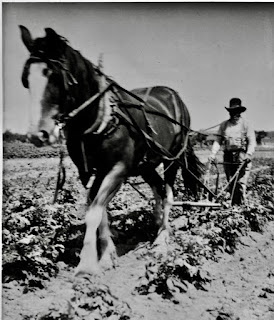 Weekends, he worked my grandfather’s small farm with horses and mules as well as “breaking gardens” in the spring for homeowners before do-it-yourself tillers were readily available. He and his partner and drinking buddy Lloyd would heave the big plow into the bed of their spring wagon and drive their team of horses or mules anywhere within a radius of a few miles, turn the winter-heavy soil for fresh planting and then jog home to tend to the team before seeking liquid refreshment. For all that, I never saw my uncle under the influence, although Lloyd’s drinking habits were another story. Once they took a handsome breaking cart to sell at a local farm auction; Lloyd forgot belonged to them and bid on it, buying back their own property. 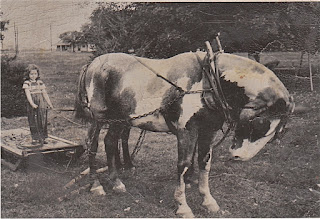 After Uncle Averill retired, he took over the management of the boarding stable on the family farm, caring for the horses and ponies and riding herd on the gaggle of girls who owned them. Looking back, I marvel at his patience with the young riders’ daredevil shenanigans. Only once did he pull rank like the toughest drill sergeant. At the threat of a tornado, he loaded the weeping children in his old Ford and drove them all home rather than let them stay with their horses, as they wanted.

Uncle Averill was never smart like his sister nor ambitious like his brother, but he was the sweetest-tempered man I’ve ever known, kind to kids and good to his animals. Not a bad legacy. 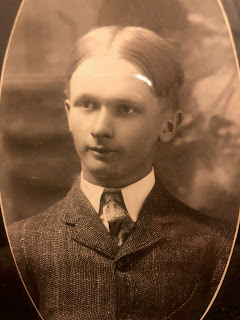 Ira Elmer Neterer was born November 23, 1886. He grew up on the farm, barefoot and on the wild side—at least until he married my grandmother in 1908. I doubt she put up with much wildness, but Myrtle McKissick Neterer did love her Elmer, so it’s hard to tell.
The father of two daughters, he was a Boy Scout leader for more years than any of us knows. When the city closed in around their house-on-two-lots in Elkhart, Indiana, Grandpa still went barefoot, hoe in hand, wearing bib overalls and a bicycle cap. He had the best garden around, the most prolific berry patch, and the only outhouse in the neighborhood. They didn’t need it—they had a nice bathroom that always smelled of Cashmere Bouquet and Lysol—but neighborhood kids used it. And so did Grandpa. Long after city water ran through the pipes in the house, we all drank water from the well in the side yard. It had a hand pump and a glass that rested upside down on a short post.


He was the best storyteller around and I knew a lot about one-room schools and getting your knuckles rapped with a ruler when I started writing stories of my own. Grandpa ducked the ruler once, and if flew out of the teacher’s hand and across the room to hit the teacher’s little sister in the head. I don’t think it went over well, but 60-some years later, he was still chuckling about it.

Grandpa never served in a war, but he honored those who did. He was active in church, in the neighborhood, and with his grandkids. He worked every day of his life at what was then Buescher Band in Elkhart. I was so impressed that he knew Duke Ellington and some other names I no longer recall.

What I do remember, though, is that he never left the house without kissing my grandmother goodbye. Fifty-five years after his death, I still call up the sound of his laugh, his gait as he strolled barefoot through the yard, and that I never once heard him raise his voice.
Not my last hero, by any means, but always my first one.