Meanwhile, Back on the Ranch... 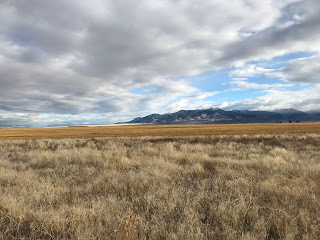 Hey everyone! The holidays are upon us and we still haven't seen any snow to speak of in my part of Montana. That is, of course, a double-edged sword. It's nice to not have to get out the heavy winter wear, but the crops need water and the reservoirs and lakes need to fill. I'm assuming that winter will hit in December and I'll be wishing that we were getting less weather.

After the last of the hay and grain is harvested, we are able to put our cows out on the fields for winter pasture after checking to see who's pregnant. We have to wait until after a hard freeze stunts the alfalfa, however. If cows eat too much green alfalfa, it can kill them. 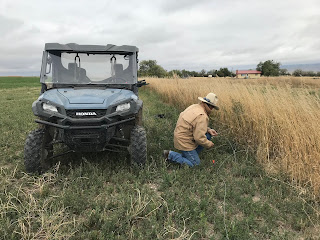 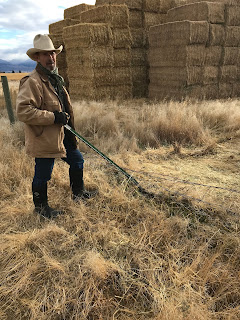 The freeze was a long time coming this year, but we used that time to fix fence and maintain all the waterers, making certain that the heaters are working so that the cattle get water. Nothing like being out in below zero temps, holding a hair dryer on a water line trying to unfreeze it.

Finally the girls (and a few boys) were released! 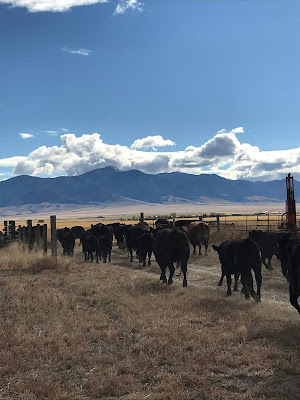 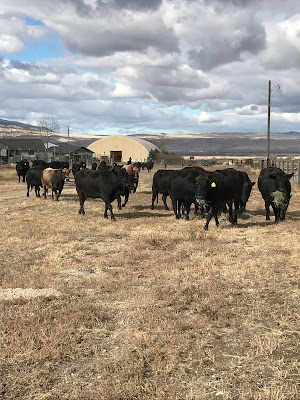 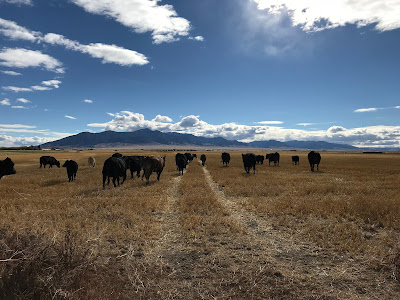 We'll keep the herd out until the snow gets too deep for them to eat, or until the pasture gets too poor. After that we have to feed them with the tractor, which is where the heavy winter gear comes into play. 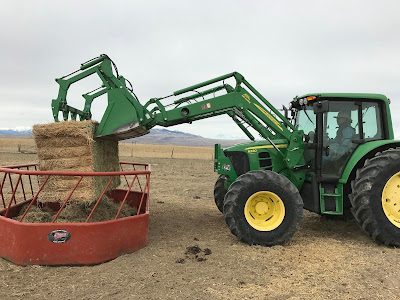 The herd does have a little competition for the feed, but we don't have enough antelope to affect things too much. 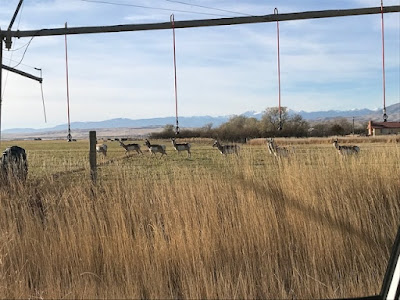 A lot of people are shifting their cows around. When we went to the lumber yard last week, we had to wait a little while before we could drive in. 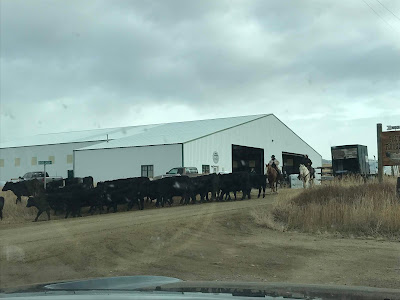 Gotta say--it's nice to not have to feed right now. I love vegging in my house, working on my stories, which for some strange reason seem to revolve around feeding cows. Well...I guess you write what you know.

I hope everyone has a fantastic Thanksgiving! 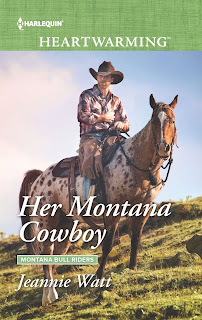 She inherited half a ranch in Montana…But her inheritance is his home!Cowboy Gus Hawkins would wager his hat that Lillie Jean Hardaway is bad news—and as far as he’s concerned, he’s right. She just inherited half of the Montana ranch Gus has worked on for fifteen years. His home. Now Gus can’t decide what’s worse: that this pretty city slicker could destroy his dreams before returning to Texas…or that he’s falling head over spurs for her.

(And they feed a lot of cattle.)