Sit Down Saturday with Callie Endicott 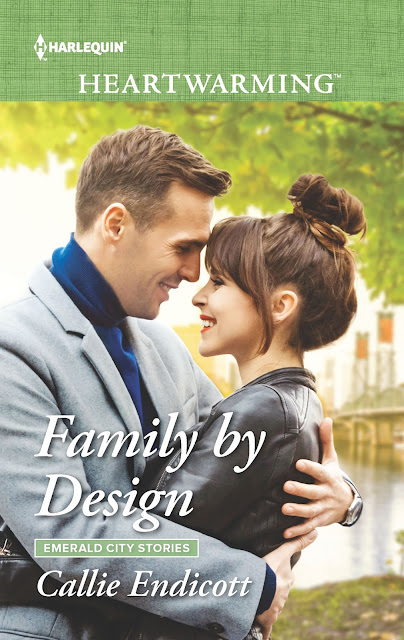 This month sees the release of my second Harlequin Heartwarming novel, the third in my Emerald City Stories series, FAMILY BY DESIGN...

...now he can't imagine life without her.

Widower Simon Kessler is doing just fine on his own.  Or at least he thought so, until he met Rachel Clarion.  Rachel instantly connects with his daughter, and her instincts are spot-on when it comes to his wife's struggling clothing line--a legacy he's determined to preserve.  Can Rachel save the business and, just maybe, his cynical heart? 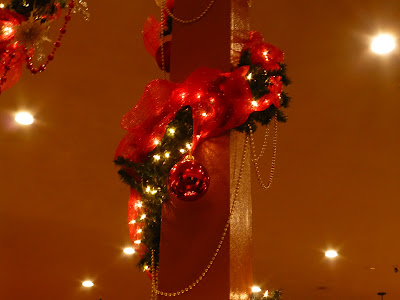 I didn't originally plan to have a Christmas theme in FAMILY BY DESIGN, but holiday images kept finding their way into the story.  Perhaps this was natural since the novel occurs in autumn and is about a widower who is still figuring out how to raise his young daughter alone.  Simon Kessler is devoted to his wife’s memory, but he doesn’t want Livvie to feel the best days of her life ended when her mother died.  With the upcoming holidays, he’s trying to work out which traditions should change or remain the same, and what does it mean?

Writing Simon's story made me think a good deal about traditions and where they fall in the scale of importance. Simon had a difficult childhood, unlike my heroine, Rachel Clarion, who grew up in a small town with a close, loving family.  The two clash, partly because they have such different backgrounds.

Traditions can be wonderful, but they can also let us get stuck in the past.  This was a lesson I learned in my early twenties when my own father died.

A part of me wanted Christmas to stay the same, but it was never going to be the same because Dad was gone.  I was changing and the family was changing.  The truth is, very few traditions have stuck from my childhood--we’re too far flung and my mother is gone now, too--but the spirit of those traditions remain in my heart.  I love the color and lights of the holiday, but the reason for Christmas is what’s important.  THAT is the “tradition” my parents would care most about…remembering why we celebrate.

As an adult, one of my most meaningful Christmases was in Albuquerque, New Mexico.  The city glows with thousands of luminarias on Christmas Eve.  Many families even put luminarias on a loved ones’ grave in the cemetery.  This may sound odd to some people, but I felt an overwhelming sense of love and connection there; it’s an active act of remembrance.  Naturally, there are fewer luminarias in the older sections of the cemetery, and it was completely dark up on the hill with graves from the 1800s.  We decided to decorate one of the really old graves as a way of honoring one of those early pioneers of the Southwest, but we ended up putting a luminaria on as many plots as possible.  From many of the places we went that evening, we could see those spots of lights in the darkness.  A brother who lives in Albuquerque says that since then, somebody has been putting luminarias on the hill each Christmas Eve.

Light, in the middle of darkness.

Did we start a tradition?  I’d like to think so.

Something else I saw in New Mexico was on a highway near Albuquerque. People were adopting trees for Christmas, decorating them in different ways.  It was a charming custom and remembering it got me to thinking when I was writing FAMILY BY DESIGN.  Perhaps my heroine could "adopt" a tree in the local park for Christmas.  So I had her pick a tree that's far from perfect, but she loves it anyway.

I’ve heard some people say romance novels are unrealistic.  But I’ve seen many inspiring examples of true love and would much rather create a tale about how things can go right between two people who belong together.  In our way, Heartwarming authors are creating their own spots of light in the world.

Have a great holiday season!