So You Had a Bad Day.... by Sophia Sasson

Last week I had one of those days. The ones that feel like nothing will go right. Ever. I woke up after getting an hour of sleep (the baby kept me up all night). I got to work and realized I made some mistakes and got hauled into the boss's office. Pissed off a co-worker. Fought with my mother. At the end of the day I was tired, exhausted, and cranky. And it was science fair night at my kids elementary school. Who schedules science fair so close to the holidays!(Remember the part about me being cranky.) 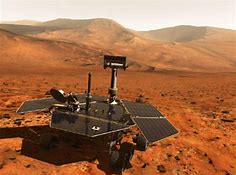 The fair starts each year with a speaker. Last year it was a guy from NASA talking about how we're getting to Mars. His slides were a bunch of really cool space pictures that had the parents elbowing their kids out of the way to get a better look.

This year's lecture was on topical medicine. A little heavy for elementary school but it's hard to top NASA guy. The speaker opened with statistics on pin worms. Snooze. And then she proceeded to show a picture of a man's “buttock hole" with worms coming out. There was a collective gasp in the audience. Over 300 kids and their corresponding parents went wide eyed and recoiled into their chairs. The talk went on, and the pictures got worse. "This is going to be a bad night" I whispered to my husband because I was already imagining my second grade twin boys pitter pattering to our room in the middle of the night waking us up with "I had a bad dream" or "my butt feels itchy."

After the fifth picture I looked over at the principal who was quickly making her way onto stage. And then it hit me. No matter how bad my day had been, her day is now a nightmare. Because the outraged parents of those 300 plus kids will be emailing, calling, texting, and in person harassing her about the inappropriateness of the speaker.

I managed to see the principal later that night when I went to the bathroom. She was clearly hiding and had a deer in the headlights look when she realized that I'd found the staff bathroom. So I turned to her and said, "look at it this way, next year's speaker can't possible be worse. Seriously, you can't control everything. And my husband and I will be laughing about this science fair for years to come." The relieved smile on her face, and the start of a giggle with me certainly brightened my day.

So this holiday season, when you're circling the mall parking lot for that gift you forgot to get and there is no body leaving; or you're late to pick up the kids from daycare and stuck in traffic...just remember... there is someone out there having an even worse day than you. And maybe instead of focusing on your bad day, find a way to make someone else's day a little better. Say something kind to somebody being bashed on twitter/facebook/instagram. Hold the door for a stranger, or share your umbrella if you're walking next to someone who doesn't have one. Their smile will do wonders for your mood. And one day, you'll be on the receiving end of a small kindness that brightens your bad day.

Tell me, what do you do to rescue a ruined day?

And please remember to check out the wonderful line of harlequin heartwarmings from December.