The Worst Chrismtas Gift Ever by Carol Ross

Is there anything worse than tearing off that holiday wrapping paper and discovering a gift you don’t like? When you’re a kid, it’s disappointing in a spirit-crushing kind of way. Nothing conveys the feeling better than the scene from A Christmas Story where Ralphie opens the pink bunny pajamas from Aunt Clara. I’m sure we’ve all had our pink bunny pajama moment. Mine was a too-large, powder-blue, kitty-cat, Capricorn sweatshirt. As an adult, it’s not about the gift anymore, though, is it? No, now it’s worse. It’s all about not wanting to hurt the gift giver's feelings.
Contrary to popular belief, it is not just the thought the counts. Your acting ability is of paramount importance. Feelings are at stake. Best fake smile in place, you rave about the gift, all the while hoping and praying that your dear friend or beloved family member doesn’t pick up on your angst.
As an adult, the worst gift I ever received came from my nephew, Jerry, who I dearly love. He’s a computer genius who works as a software engineer. He’s been building computers since he was a little guy, so I don’t need to go on about how brilliant he is. And, of course, he’s always up on the latest technology and products. He’s also incredibly kind and thoughtful. He built my husband and me our first computer back in the early ’90s. He’s spent the ensuing years updating and maintaining it, and patiently attempting to teach us how to use it. (He’s a good teacher! It’s not his fault his students are hopeless.) Not the kind of guy whose feelings you’d ever want to hurt. 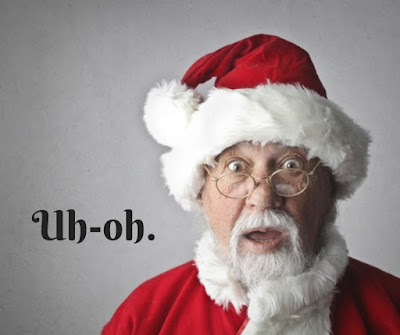 It was circa 2010 when I unwrapped this gift from the person I’d least like to receive a bad gift from. I opened the box to find this…thing. “It’s a Kindle,” Jerry said. “You can put as many books as you want on it. It’s really neat.” I stared at the piece of electronic gadgetry knowing Jerry was wrong and convinced that its primary purpose was to confuse and confound. Even worse, its evil intention was to replace the things I treasure above all other material items – books. No way would I allow this plastic-coated, book-usurper to change my “reading experience.”
Sandra Bullock-esque acting skills engaged, I gushed with fake appreciation. Then I tucked it back into the box while mentally clearing a space in my junk drawer to stow it.
One tiny problem. Jerry is the kind of guy who will check in with you later to see how you like the gift. I know this about him, and as the weeks passed, the thought pestered at me. I couldn’t lie and say I’d used it. I didn’t even know how it worked. He’d totally see right through it. Most of all, I didn’t want to offend Jerry. After about two months, I told my husband, Dan, something along the lines of, “I gotta take that stupid thing out of the box and see if I can get it set up because I know Jerry is going to be calling to see how I like it.”
So I did.
The rest, as they say, is history. I’ve never loved any gift as much as I love that Kindle. You might not be as shocked as I was to learn that none of my conspiracy theories turned out to be true. The opposite, in fact. A month later, I bought one for Dan for his birthday because he kept commandeering mine.
And yes, that phone call from Jerry came just as I anticipated. Thankfully, I was able to honestly tell him just how much I LOVED his gift. I also confessed all, and we had a good laugh. Of course, he knows me, too, and he suspected I wouldn’t be too jazzed about the gift initially. But he also knew I’d love it if I just gave it a try. I still have and use that original Kindle. And enough “books” to fill a library all stored in that tiny, portable space. The Best Worst Gift. Ever.
Have you ever had a similar gift experience? What’s the best worst (or maybe just the worst) gift you ever gave or received?


Carol’s latest holiday title, Defending Christmas is available now! To check out all the stories in the 12 Days of Heartwarming Christmas series, visit the Christmas Town website. 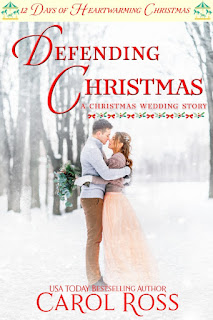 For more information about Carol Ross, including a complete list of her books, please visit her website: carolrossauthor.com