Happy New Year! It’s hard to believe 2018 is behind us and we’re already hours into 2019. I hope everyone had a safe and fun New Year’s Eve and celebrated that moment where we left the past year behind and embarked on a new one. Did you watch the ball drop in New York (on TV counts)? Share a toast or a first kiss? Or maybe you got a marriage proposal? I do hope if anything life-changing happened that it was a happy, positive moment for you.

That moment when we switched from New Year’s Eve to New Year’s Day got me thinking about transitions…liminal moments in life when you know things will never be the same again. That second where something happens out of your control or a conscious decision is made and you have to muster up the courage to leave the past behind and take on a new future. That change can be the best thing that has ever happened to you, but that isn’t always the case and it isn’t always easy to deal with. We’ve all experienced those times in our lives. I can tell you that writers love putting their characters through challenging, critical moments of change.

The final book in my ‘From Kenya, With Love’ series released yesterday in print form and it’s out today in ebook format. I feel like a mom with twins born in two different years! What’s funny is that the first book of the series, which was also my debut, The Promise of Rain, was also a New Year’s Day release (in 2014). Coincidence? Hmmm. Who knows?! But with this sixth book, The Marine’s Return, the series comes to an end and I’m already working on my next series for Harlequin Heartwarming. I’ve been ‘living’ in Kenya through my setting for so long that this wasn’t an easy change for me, but even harder was the life changes I put my characters through in this final book.

Those liminal moments in life.

Many of you met Chad Corallis, the hero in The Marine’s Return, as a hyperactive toddler destined to follow in his father’s footsteps in book 2, After the Silence. For Chad, that moment where everything would change happens when he saves a fellow marine during an ambush in Afghanistan…and takes the blast himself. He barely survives and struggles to face a new life with his injuries, which include the loss of his right arm.

For nurse Lexi Galen, that liminal moment occurs when she was faced with burying her husband—also a marine—and discovering that she’s pregnant. Deciding to uproot herself and run a clinic in the Masai Mara, while pregnant, is yet another huge change in her life. What she never sees coming is having to work with her late husband’s injured best friend…or falling in love again.

Transitions and challenges in life include everything from accidents, loss, illness or escaping a bad situation to happy events, such as meeting your soul mate, saying ‘I do’, giving birth to your first child or finally realizing what your purpose in life is and taking it by the reigns.

What are some liminal moments you experienced in life (you don’t have to share anything too personal, of course) where you just knew things were changing and would never be the same again? Is there anything you’re leaving behind in 2018? Something you’re looking forward to in 2019?

Be sure to stop by my Prism Book Release Blitz this week (ends Sunday) and my Prism Book Tour beginning January 28th! Both include giveaways! 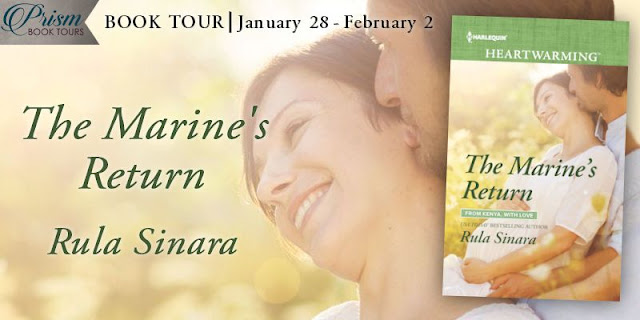 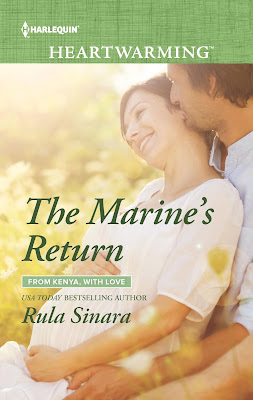 Wounded marine Chad Corallis just wants to be left alone. Until he discovers his best friend’s very pregnant widow is in danger. A dedicated nurse, she refuses to leave her Serengeti medical clinic when it’s threatened by poachers. Chad is honor-bound to protect her, but who will save him from falling for his best friend’s wife?