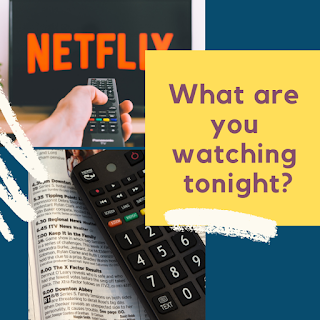 We’re two months into the new year and recently I’ve been spending more time in the past – TV show past. The last few months life has been more chaotic and stressful than anticipated - there’s always a level of chaos expected with teenagers, but life ramped up beyond that recently. ER trips, multiple rounds of the flu and pet illnesses added a new spin to the term: winter blues.

But we found moments of laughter while waiting for test results, disinfecting the house (for what felt like the 100th time) and cuddling with the cats and dog. And I should confess lots of those lighter moments came after-hours thanks to late night TV and Netflix. 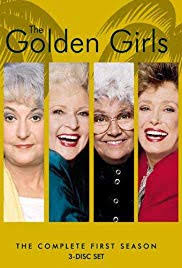 Golden Girls. I forgot how terrific this cast was until we started watching the show again. The dialogue witty and fresh. The friendship and tight bond between the characters, who have very different personalities, ties the show together beautifully. Friendships are so important to me and something I love to weave into my Heartwarming books. Watching the Golden Girls again reminded me of the power of friendship at any age. 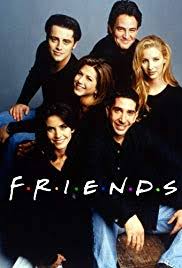 Friends. I watched this TV show originally with my best friends back when I was single and living in San Francisco. Over the years I’ve caught reruns here and there. Then I watched the entire series again with my daughters. Still, I laughed at every episode, even though I knew the story line and the scenes. There’s something special about a TV show that can continue to make you laugh even as you quote your favorite lines from your favorite scenes. Maybe it’s about being relatable in the sense that this is a group of friends, looking to find love and a place to belong. And even though life can be hard, there’s hope in each episode. That’s something I want my characters and readers to feel inside my books: a sense of hope. Whatever it is that makes the show special, I’m still a Friends fan after all these years. So are my two daughters, who now often quote their favorite lines from their favorite episodes.

Other shows we’ve watched more than once: The Office (it’s quirky, but pulls me in every time my daughter puts it on), Two and a Half Men (the dialogue is fast-paced and funny without being on the nose – that’s a brilliant skill of the writers and one I’d like to master) and Gilmore Girls (I admit, I missed this show when it originally came out. However my daughters started watching and the show drew me in. Now I wonder how I missed it the first time.)

It hasn’t been all reruns in our house. My husband and I tune in every week for The Curse of Oak Island on the History channel. The idea of discovering a centuries old treasure speaks to my love of history and keeps me returning. I’m also fascinated at the level of science the team has applied to this particular treasure hunt. My husband started out intrigued, but his interest has dimmed as the team hasn’t found anything substantial like a treasure chest with gold in it. The romantic in me still believes in a buried treasure – I just hope it won’t be another six seasons until they find it. But in the meantime, I’ll keep watching – because a buried treasure that could date back to the medieval era – well, that just might be worth waiting for.

This is My To Watch List, after I’ve met my deadline (and the life chaos slows to a simmer) and I can treat myself to a little binge TV watching.


Do you have any shows I should add to My Watch List? Any TV shows that inspired you or helped you through some of those harder times life likes to toss our way?