What is the craziest thing you've ever done? I get this question a lot when I'm interviewed for a blog. Up until last year, my stock answer was breaking a horse to saddle. On this particular horse, the girth broke and the saddle, blanket, and I went one way and the horse the other. But now I have a new crazy thing. The Sunday after Thanksgiving I boarded a plane and flew over seventeen hours to Israel.

Now flying to Israel might not sound crazy to you, but I had a book due February 1, and I was only halfway to my word count and Christmas was coming. But I went. And loved it. I thought I'd share a few photos with you.

The first photo is taken from En Gedi with the Dead Sea and Jordon in the distance. I floated in the Dead Sea...and took a salt bath. It was wonderful! 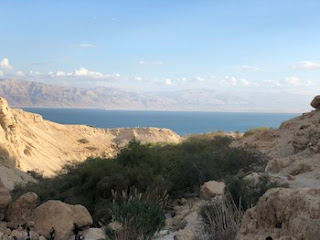 This is the Jordan River where John the Baptist baptized. I always thought it was bigger than this. :-) 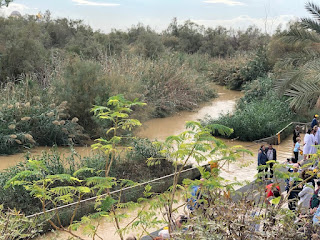 When we left the baptismal site, I caught this photo of a camel. 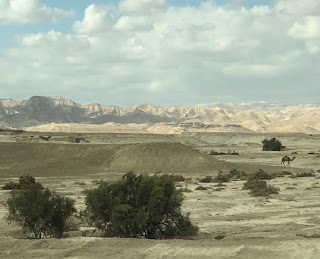 This was taken from Mount Tabor. The drive up was winding and narrow, but it was an amazing sight. 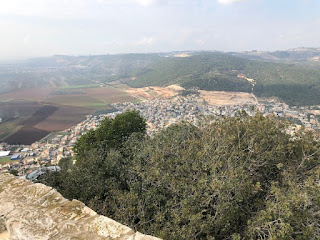 This photo was taken from the top of Megiddo. That's Mount Tabor in the distance. 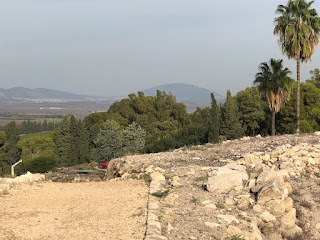 Megiddo was a very interesting place that is under excavation. So far, archeologists believe they've found Solomon's stables at the site. 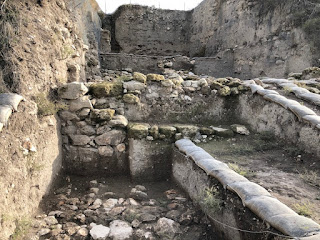 From Megiddo, we drove to Poriya, where we had a wonderful dinner. 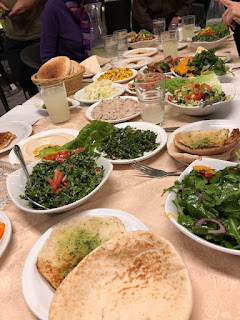 And then we saw this beautiful sunset. 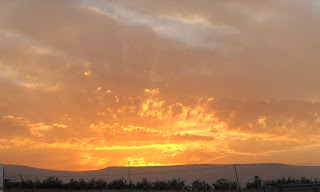 We stayed at a hostel in Jaffa, a kibbutz near Qumram, an apartment in Tiberias where we walked up four flights of stairs, and then an apartment in Jerusalem close enough that we walked to the Old City every day.

It was a great trip and I would go back in a heartbeat! What's the craziest thing you've ever done?