Opening the Vein by Liz Flaherty and Helen DePrima

How do I start a book?
Sometimes it’s because I see a building—especially if it’s a deserted one with pretty 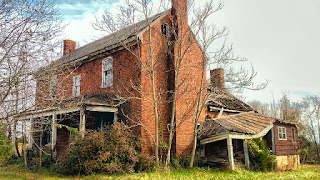 lines—and I think about what’s happened there. Who’s been hurt, who’s come laughing down the stairs and tripped over the second from the bottom step, who’s cooked a thousand meals in the kitchen at the back of the house. I can hear the sounds and feel the memories and experience the wistfulness of a house abandoned by the people it’s sheltered.
Other times―actually, most times, I will meet the people first, although I never see their faces. Their hands, sometimes, and their hair. Often their eyes. And there will be something wrong. Dramatically wrong. Usually, with me, they already know each other. They’re best friends or one-time lovers or even former spouses. Because that gives me the immediacy I need as a writer. I have trouble making a relationship born from scratch in the first pages of a book real. I want the people to know where each other’s scars are, who they voted for, and what makes them laugh and cry. That’s just me.
It gets difficult then, because I have to find out what that “dramatically wrong” thing is, and I have to admit sometimes I go through two or three to get to the one that works. (This makes for a lot of hand-wringing scenes, believe me, since I have to scrap all but the bones every time.)

I write in silence, always, yet much of my inspiration comes from music. Mostly, I think, because I’m married to a musician and have heard his singing voice and his fingers on guitar strings every day for nearly 48 years. Just now, for instance, I heard Vince Gill sing “…I get weak in the knees…” and that will stay with me when I write.
Halfway, or thereabouts, through the book, I become convinced I can’t finish it, and I go through the tortures of the damned because I have to decide—every single time—whether to go on with the book, start over, stop writing and become a recluse who makes quilts, or persevere. So far, I have always persevered, but I live in fear of the time I won’t.
The first and last chapters are always the easiest to write. The first one because it’s all new and exciting, the last because it’s my reward for surviving the paragraph above.
I don’t write fast anymore, and social media plays havoc with my attention span, but I can easily say that I am still happiest when I’m consumed by a story, and it doesn’t matter whether it’s one of mine that I’m writing or someone else’s that I’m reading.
That, then, is the story of my stories. What about you? Want to share?
The Dark Horse is 99 cents today. If you haven't read 2018's Christmas Town stories, this is your time to catch up! 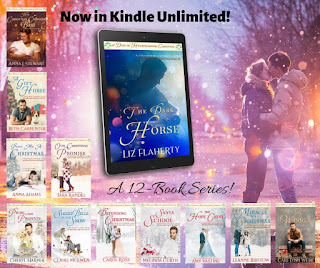 Leaving recently for a long road trip, I almost forgot to pack a bedtime essential, something to read for a few minutes before turning out the light. With one foot out the door, I grabbed the handiest book, a copy of my first novel self-published in my pre-Heartwarming days. I’ve worked my way through it over the last week, for the most part pretty happy with what I wrote. I did note a couple of disheartening tendencies, like overuse of semicolons which created sentences too long for comfort. I also found too many parentheses – too cute. Mostly, it wasn’t a bad first effort, with strong, sympathetic characters and vivid settings, so say readers who reviewed it on Amazon. I think I’ll reread my Cameron’s Pride series next with the same critical eye, hoping to find each successive book shows just a little improvement over the one before.

Right now, I’m working on a fourth novel in the series. I wasn’t able to communicate my ideas for this book with the powers-that-be, finally throwing up my hands after the third or fourth rejected synopsis, so I’m writing it on spec, with fingers crossed. I’ll be glad finally to type The End and then put it aside for a week or so before beginning the rewrite. I’ve heard many writers bemoan that stage of the process, but I love it. I’ve done the hard part; I tackle revision like a kid with a new coloring book and a fresh box of Crayolas. Here’s where I add details and depth of color as well as gain greater understanding of my characters, what they might or might not do. Most of the time they behave as I expect, but occasionally they grab the bit and take off in a totally unexpected direction, great fun but a little creepy, something like possession by something outside my control. I know most of what will happen in the course of the plot, I have a bang-up finish completely written in my head, but I’m still not sure about the final outcome. Editorial advice will be welcome! 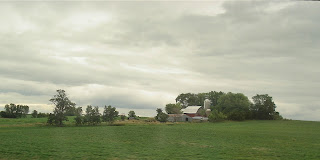 I’ll be glad to hand this project off because a young Marine with PTSD needs me to give him a voice, and the director of an equine rescue in Kentucky has problems that need attention – all fiction, of course, but real to me. So many stories to be told!