Posted by Liz Flaherty on September 19, 2019
A while back, we blogged about our heroines. We figured it was the guys' turn this week. I was surprised at how much different it was for me choosing heroes than heroines. Hope you share yours! 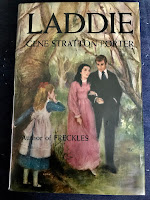 As the song goes, “My Heroes Have Always Been Cowboys,” or characters who behave according to the Cowboy Code. I still take down Shane, The Virginian, The Little Shepherd of Kingdom Come time and again to renew my faith in courage and steadfastness. I grew up reading Gene Stratton-Porter’s novels with their idealized male characters who set an impossibly high standard of manhood; later, I fell in love with Nils Sorensen, the stalwart hero in Elisabeth Ogilvie’s Bennett’s Island series. 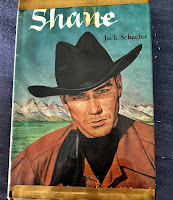 Perversely, however, I find myself drawn to the Anti-Hero, men who duck and dodge and whine a bit while performing heroic acts. I loved James Garner as Maverick, whose motto was “He who fights and runs away, lives to run another day.” Alan Alda’s self-deprecating Hawkeye Pierce always stepped up despite his loathing of war; Elizabeth Peters’s jewel thief John Smyth moaned and groaned endlessly while saving Vicky, the willful, smart-mouthed heroine, from her follies.

Creating a believable hero involves walking a tightrope between credibility and appeal, almost but not quite too good to be true. To my mind, flaws add depth. The rancher in my first book, to-die-for in his faded Wranglers, had all the right stuff except for a wide streak of emotional cowardice. Jake Cameron of Cameron’s Pride battled grief and incipient alcoholism and a paralyzing fear of snakes; shame and guilt over a failed relationship bedeviled his son Tom.

I guess we all lust for a hero who checks off every box, with enough vulnerability to need a good cuddle from time to time. 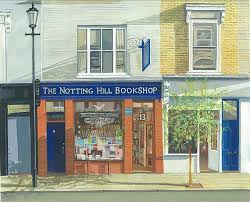 The hero is commonly the simplest and obscurest of men. - Henry David Thoreau

I think his name was Max. In the movie Notting Hill, he was married to Bella, who was in a wheelchair. They were best friends with William, the movie’s hero, who’d once been in love with Bella. I don’t recall why she was in the chair, but every night, Max carried her up to bed. At a certain point in the movie, when a carload of people were preparing to chase Julia Roberts so that William could “win the heart of fair maiden,” and Max was in the driver’s seat, Bella waved them on. The car was already full and time was of the essence.

Max said something to the effect of, “Rubbish,” stopped the car, picked her up, and put her inside. Where he went, she went. They loved each other to distraction.

Max is my hero.

Tucker, the male protagonist in my Heartwarming book, The Happiness Pact, was a klutz. If he was a

perfect anything, it was a perfect mess. My heroes are always flawed, for sure, but Tucker was even more so than usual. I loved writing him. I love him still.

I read a Susan Kay Law book once—well, actually, I read all of them—and I don’t remember which one it was, but in it, the hero was falling somewhere, was scared…er…witless, and whimpered on his way down. I remember thinking I was sure I could love a man who whimpered.

I like a romance where the guy loves the girl’s kids before he loves her, where he understands as long as she’s a mom he’ll never really come first with her, where he shaves his head when she has chemo.

It’s not as easy for me to remember specific heroes from romances because as a reader, my focus is almost always on the woman’s journey; however, I appreciate the men who are beside them on that ride through life’s jungle.