Posted by Shirley Hailstock on January 17, 2020
By Shirley

Some of you know, I live in New Jersey, only an hour from New York City. Often I say, I live in the shadow of New York. Some people say the entire state is in the shadow. But whatever the saying, I love visiting the city. Mostly, I go for the cultural attractions, theater, special events, although you couldn't hook me with a pole to go to Times Square on New Year's Eve. 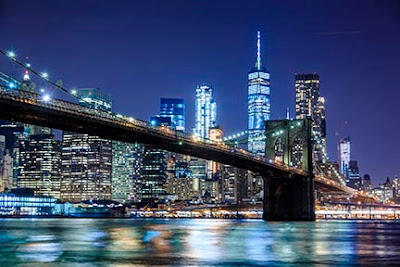 The city was the inspiration for my newest Heartwarming novel, Healing the Doctor's Heart. It's been a while since I had a Heartwarming release and I really loved writing this book. It takes place in Manhattan. 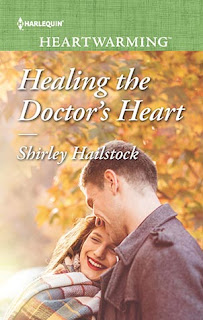 Dr. Jake Masters in a bombing that left him without the use of his right arm two years ago. Angry that he can no longer perform his active lifestyle, he's a near reclusive in his apartment overlooking Central Park. Refusing to , poked and examined by another doctor, Jake's brother hires a companion for him.

Dr. Lauren Peterson is planning to leave New York to escape her past. Convinced to conceal her true identity, she agrees to a temporary position with Jake. But neither she nor Jake understand the secrets they both carry. Will two broken people be able to heal each other?

I hope you'll check the book out. Lauren uses some unconventional tactics to pull Jake out of his depression. It was so much fun to watch them grow and change.

***
Dr. Lauren Peterson's feet pounded the New York City sidewalk with the same force as her heartbeat. The point of no return was still ahead of her. She should turn around, dash down the steps to the subway and return to the Brooklyn brownstone she was giving up at the end of the month. There was still time. No one would know. . Disappointed, but not hurt.
She could almost feel herself doing it, see the ghost of her skirt plastered to her legs in the wind she created by her attempt to run away from what she was heading toward. Yet her footsteps, slowing down now, were still moving toward that imaginary line that once crossed would offer no return.
"This is the stupidest thing I've ever done," Lauren said out loud. Since her decision was stupid, she had no problem having people on the street think she needed mental health care.
Maybe she did.
Why had she allowed Caleb Masters to go on with that interview, especially when she realized Jake Masters wasn't there? She and looked at the sky. Two people careened into her and she backed up against a building watching their angry looks as she let them pass.
"What was I thinking?" This time her voice was barely above a whisper since she knew the answer could only come from her own mind.
People around her moved aside giving her plenty of room in case she might lash out at whoever was nearby. Many looked curiously at her. She was talking to herself without a phone near her mouth or earbud cords streaming down to some concealed electronic device. Thankfully, she was clean, well dressed, and carrying shopping bags, but that wasn't proof that she had all her faculties.
Resuming her steps, Lauren thought of the past interview. She'd gone to it to see Jake. It was her way of seeing him again. They hadn't met in years. She explain who she was, but matters changed when the only person in the room was Caleb. She should have left before she made the mistake of asking about Jake, explaining that they went to college together. Caleb's interest peaked when she said that. And then he offered her a proposal. She walked away accepting it.
And that was the stupid thing.
She objected to his argument that she was perfect for the job when she told him she wasn't a therapist. She was a pediatrician, dealing with children and over-anxious mothers.
"He's seen too many doctors and refuses to see another one," Caleb said. That's when he told her, he didn't want her to let Jake know her background.
She should have refused, left the room as fast as her spiked heels would carry her. Lauren didn't really want a job. Not now. She'd sold her practice. Her plans were to leave New York, move to a small town near the ocean or out West and reestablish her pediatric practice. How could she let herself into a job as a non-medical therapist for a man she hadn't seen in decades and conceal who she was?
And a broken man at that.
The school-girl crush she'd had on Jake Masters was tantamount but she was an adult now, thankful that Jake was ignorant of her prior feelings. As a junior to her freshman year in college, Jake didn't even know who she was. While she'd wanted to see him, she was sure he wouldn't recognize her. But she wanted to see him. She couldn't explain it other than to say she wanted to know if he was still as good looking as he'd been in college and if that foolish crush she had on him was still there.
In the years since she finished school, she'd thought of him in passing, usually when she ran into a friend or went to a social media group of college friends. In medical school, she wondered what he was doing. Once, she'd looked him up on the Internet and found a reference that a tennis tournament. He'd been good at athletics and she that he'd pursued that line of work.
Until Caleb told her he was a trauma surgeon, she wouldn't have thought the two of them had medicine as a common denominator. Now she was about to find out what else they had in common.
Lauren had reached the line.