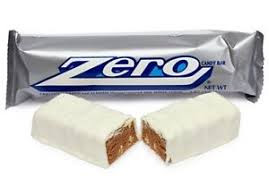 With Valentine’s Day so close, my mind automatically went to past times of that special day. In fact, it went back to when I was fifteen and my then very handsome boyfriend gave me a necklace that was constructed in a way to spin the little heart in the middle of a circle. “I” was on one side and “love you” was on the other. When I spun the heart, I could see “I love you” as plain as day.  And since I still remember it all these years later, (not telling how long ago it was) it was one of the most memorable Valentine’s Day gifts I ever received.

I’d like to tell you I married my high school sweetheart, and I did, but it wasn’t that one. I will tell you I heard from that boyfriend many, many, many years later and he wanted to reconnect, but I was in a committed relationship and declined. Besides, when I tried to find him on social media, he had no photos of himself. I decided I wanted to remember him the way he’d been as a teenager.

Over the years I’ve gotten some interesting Valentine’s gifts. One time it was a pair of spurs, which might sound odd if you didn’t know I was very much into riding horses at the time. Another time, my current true love went to a lot of trouble to buy and hide eleven Zero bars around my house for me to find because he knew how much I loved them, and they weren’t easy to get where we live.

So what has been your most unusual Valentine’s Day gift? 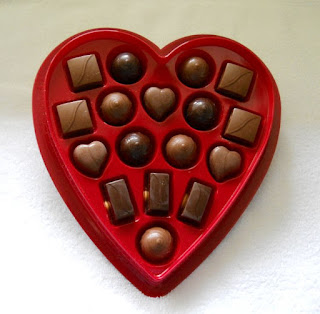 I honestly don't remember any Valentine's gifts before I got married. Either I didn't have a boyfriend over Valentine's Day, or they gave me a card or something... nothing that memorable.

But when I got married, I wanted to really enjoy Valentine's Days. Unfortunately on the Valentine's Day front, I married a guy who was born in East Africa, and he just didn't get it. He'd do what he thought he was supposed to do, and he'd buy me flowers, but he just couldn't get creative or really get into the Valentine's Day excitement. He was incredibly confused and intimidated by all the hype. 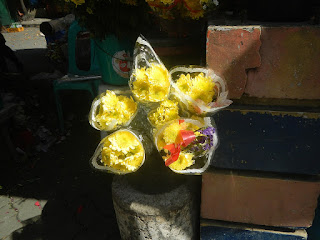 Until one year, I said, "You know what I'd really like this year, honey? I'd like a love letter. Just your words on paper."

Well, he could do that! I'm not saying it was easy for him because he's not a natural writer, but he found that less intimidating than perusing over-priced, wilted flowers at the grocery store. At least he could sit alone and not feel like people were staring at him. And ever after, for both Valentine's Day and our anniversary, Mr. Johns writes me a love letter.

And I love it! His words, just between us, telling me how he loves me.  I keep every single one of them in a box on my dresser. They mean the world to me. 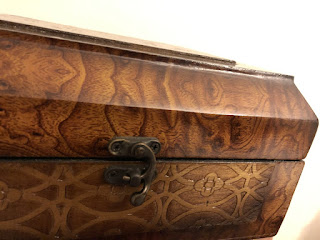 So what about the rest of you? What is your favourite, most memorable, or most unusual Valentine's Day gift? We want to hear about it!