Posted by Leah Mol on January 03, 2020
It’s a new year and a new decade (I know, I know…the decade thing is controversial), which means new beginnings, fresh starts and, of course, resolutions. I’ve never been big on resolutions, mainly because I have so much trouble deciding what to focus on when there are so many options—it can be pretty overwhelming! Plus, there’s the old idea that resolutions are just another way to fail. So instead of thinking about New Year’s Resolutions, I’m thinking about habits. How to make them and keep them for the long term. Here are the habits I’m trying to stick to in 2020! 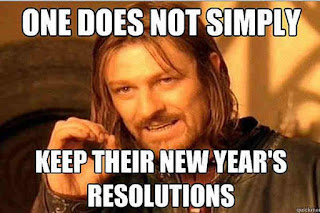 I love staying in. I love it sooooo much. Going out can seem like a lot of work and effort, especially when sweatpants and a comfy bed are calling. But I know I’m happier when I have social interactions on a regular basis. So I’m making socializing a habit. One thing I’m trying to do is buy tickets to concerts and shows in advance. Buying ahead of time means I’ll be wasting the money if I don’t go, and while I know I’ll probably regret the purchase the morning of the show, I never regret it once I’m out watching a favourite band perform. Plus, buying a couple tickets means I have an excuse to invite a friend. 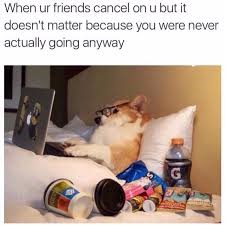 I’m also making an effort to do some of the solitary things I like—writing and crafting—with other people on a weekly basis. I’ve long loved “writing dates,” where writers sit quietly in the same place and work—not only do they help you avoid isolation, but they’re a great push to get some work done! And I’ve convinced a couple friends that quilting is fun (it’s not a trick if it’s true), so this year I’ll be adding “quilting dates” to my social roster.

I already get up pretty early. I mean, I’ve got a cat who loves to eat; he can’t wait much later than five o’clock for his morning refill. But that doesn’t mean I don’t ignore him for a while most days, trying to get the most sleep possible before my alarm goes off. I have a long history of setting my alarm for the last possible minute and then rushing to get ready to leave for work, which often makes for a stressful first half hour of the day. So this year, I’m making it a habit to set my alarm for an hour earlier than usual. The real test will be if I can wake up before the cat! 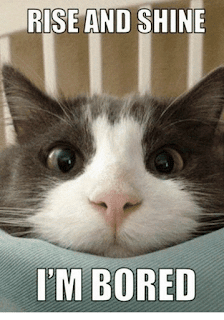 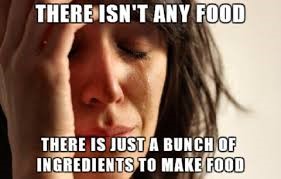 There is almost nothing that will make Future Leah as happy as getting up in the morning with lunch made and ready to take to work. And planning, shopping for, and preparing meals for the week seems like a very small price to pay for my future extreme happiness. When I plan my meals, I don’t get hungry, I spend less, I eat healthier, and I feel better. If there’s a downside, I can’t see it! 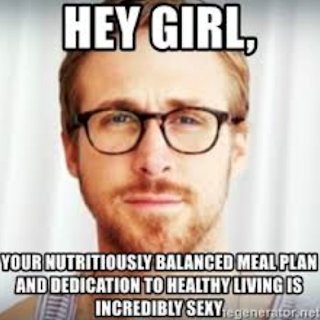 All this said, I also want to keep in mind that it’s okay to break habit once in a while. If I’m exhausted and feel like I should stay in on a night I had plans, that’s okay! If I sleep in or have to buy lunch once in a while, that’s fine! If I’m finding it impossible to stick to something, I probably need to figure out why that is instead of beating myself up about it. Being kind to myself is just another habit, and I’m confident I can make that one stick.

What habits are you hoping to pick up this year?