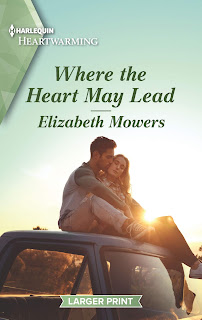 My new book, WHERE THE HEART MAY LEAD, comes out on Kindle today. It is my second book and although I have not ventured out into the world in the last few months to eat out yet (my favorite way to celebrate almost anything) I do want to do something to celebrate another book completed and released into the world. I grew up in a house where a celebratory dinner at home meant spreading out a beautiful tablecloth and using the good china. That feels like too much work for a Monday. Maybe my husband will take me out for an ice cream cone instead!

I love this story so much. While I was writing it, I fell in love with my hero and heroine. Paige Cartman has good reason to keep her distance from people, preventing not only romantic relationships but relationships of any kind. When she arrives in Roseley with a clear objective for her trip, she tries to keep her distance. It's what she's done her entire adult life. But charming pilot, Charlie Stillwater, is just kindhearted enough to break through her defenses.

She sighed. “Starting something up with me right now is bad timing. You know it is.”

“I know meeting you is probably the best thing that’s happened to me in a while, but if you don’t feel any chemistry between us, I can take a hint. I know when I’ve scared a woman off.”

Paige rolled her eyes. “You haven’t scared me off.”

“Good.” He smiled. “Because I’ve never actually scared a woman off before. I’m really likable.”

He smiled wider. “I could feign modesty if it would keep you in the truck longer.”

“Not handsome enough for you?”

She blinked hard at the perfect lines of his rugged face and playfulness in his eyes. “I don’t think either of us are in a place to get involved.”

“Nope. I do not want to get involved with you, Paige Cartman. It’s a bad idea right now. In fact, I should kick you out of my truck and drive away forever. But…” He lowered his eyes. “I also really like having you around.”

“You do?” Paige whispered.

Paige looked away if only to break the lovable trance he held her in. He certainly made it difficult for her to cut and run. The truth was, just sitting beside him filled her senses with a peace she hadn’t known in years. And that smile…

He fired up the truck engine. “Rest up. You never know when I’ll bump into you at Angelo’s.”

Paige slipped out of the truck and into her motel, hesitating at the front door to glance back at Charlie. As much as she knew she shouldn’t see him again, the possibility that she might had her grinning all the way to her room.

Barnes and Noble Nook or Paperback 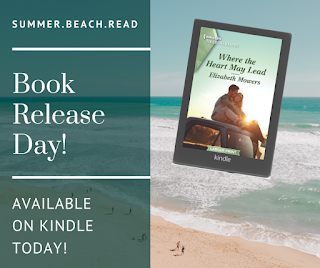