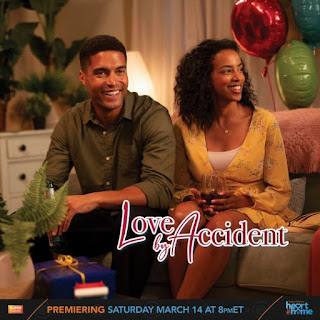 In February of 2019, I got a strange email from my editor, Adrienne Macintosh, saying that my book, Coming Home to You, was being made into a movie. My first reaction was that her account had been hacked. I had no idea my book was being considered or that Harlequin was partnered with the film company, BrainPower Studios. Besides...well, really...a movie?

I kept thinking it was all a mistake. Even when the script was sent for me to take a look at, even when Harlequin contacted me to say that BrainPower had invited me to visit the set, even when the assistant at the studio confirmed my plane tickets. I played along, sure. Posted on social media that it was happening, pretended enthusiasm, got a new phone so I could take proper photos when on the set.

And then I was driven to the set and saw this: 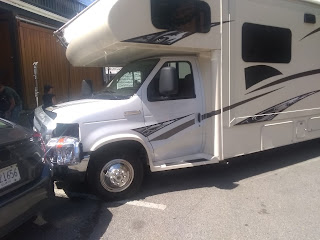 This was the staging of the accident that occurs in the first scene of Coming Home to You. I suddenly got it. This might be an accident but my presence there was not. This was happening.

In my two days, graciously hosted by BrainPower, I shadowed the moviemakers--the director, the assistant directors, the continuity guy (I wish I remembered his title because he's crucial), the actors, the makeup gal (she knows the actors' faces better than they do), the producers (fascinating peeps) and so many more.


I quizzed the producer, Nancy Yeaman, about why movie was chosen. Apparently, they liked the accident scene and the godmother figure, wonderfully played by Lanette Ware.


I came away, awestruck by the sheer labor that goes into the creation of a movie. Did you know that every scene is shot three or four times with a focus on each character? Later, it will be edited to get that seamless look we expect when we hit 'Play'. As an author, I go through umpteen takes on my scenes, too, with the help of two or three editors. But it's  private and the scenes play out in my imagination with no one intruding. It's all compact, fluid and self-directed. If I deem it good, it's done.

Moviemaking, not so much. Take the accident, for example. I had the RV ram directly into a Tim Hortons, damaging the restaurant, smashing the vehicle's grill, and striking terror into the breakfasting customers.

But did the producers really want to damage a building or film a room of shrieking customers? Better to modify it, while still conveying the impact of the inciting incident.

Writers complain about the loneliness and drudgery of their occupation, but our imaginations can explode the world without any concerns over liability and feasibility.

The movie premiered in March on SuperChannel, and my editor has just informed me that it's coming to UPtv on July 26 or August 2 (dates subject to change). This time, I believe her.

This was my brush with the movies. Have you been in the movies? Has anyone met a celebrity by accident? Tell all.

I'm in a no-Wifi zone today, so I'll miss hearing your feedback. But please, I plan to come back and respond to all that you have to say.

You can also come see me at these e-places.

And oh, a cover reveal for my September Never-Too-Early-For-Christmas release: 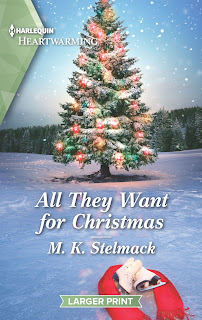