It started back in April. I planted three seeds in a pot of soil, watered it, and waited. For three weeks or so, nothing happened. I'd almost given up when two seed leaves appeared. Another week later, a second seed sprouted. Before long, both plants produced heart-shaped true leaves and began to grow up the stake in the pot. 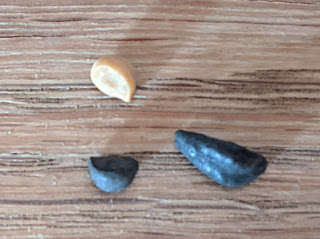 They grew, and grew, until they’d reached the top of the stake and reached for the rod that controls the window shades in my sun room. But still no flowers. Until today. 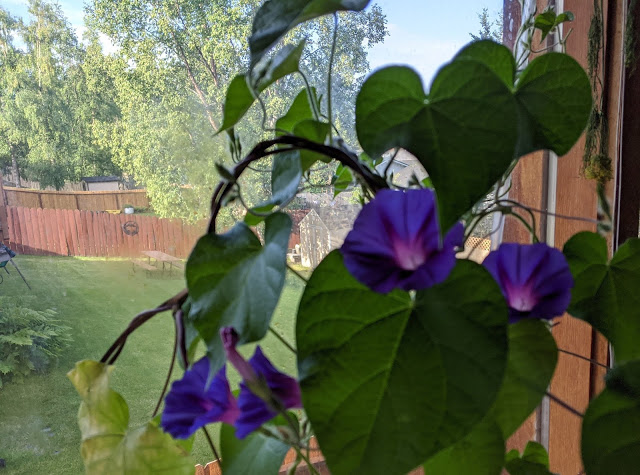 Planting seeds is an act of hope. Maybe the seeds won’t sprout. Maybe they will, but the sprouts will “damp off.” Maybe I’ll forget to water the pot and the plant will die. Maybe a wayward dog or child will knock it over and break the plant. But maybe, if all goes well, it will grow, and flower, and add beauty to the world.

Relationships are like that too. We meet a lot of people, plant lots of seeds, but the relationships only grow when we tend them. And like plants, relationships are at constant risk from neglect and outside forces. But if we’re lucky, and if we nurture them, they grow and bloom and make our lives beautiful.

August 27th is National Just Because Day, which makes it a great day to nurture those relationships. Send a card to someone you haven’t been with in a while. Call a relative. Make a family member’s favorite dinner.

Could make her Christmas wonderful!Natalie Weiss is mortified. After mistaking handsome Tanner Rockford for his cousin, she’s followed him to rural Alaska. Now she’s stranded—until Tanner invites her to spend Christmas with his family in their rustic, cozy cabin. But in this idyllic winter wonderland, Natalie discovers the family she’s never had…and the love she never knew she needed. But what happens when they all discover why she’s really there?