Posted by Virginia McCullough on August 11, 2020

Like so many of our Heartwarming books, the setting for my two series (so far) are small towns, one on Lake Michigan, the second on the shores of a river with a covered bridge. These towns have Main Streets, shopping, schools, libraries, parks, festivals, and iconic landmarks. Sounds just like the little place where I grew up. It was Chicago, also known as the “city of neighborhoods.” My neighborhood was called Ravenswood, and the heart of it was Lincoln Square. It wasn’t State Street or Michigan Avenue, but it was our neighborhood’s “downtown.”

I was a little girl and part of a crowd on the Saturday morning when the now famous statue was dedicated, which became an important event in my young life. 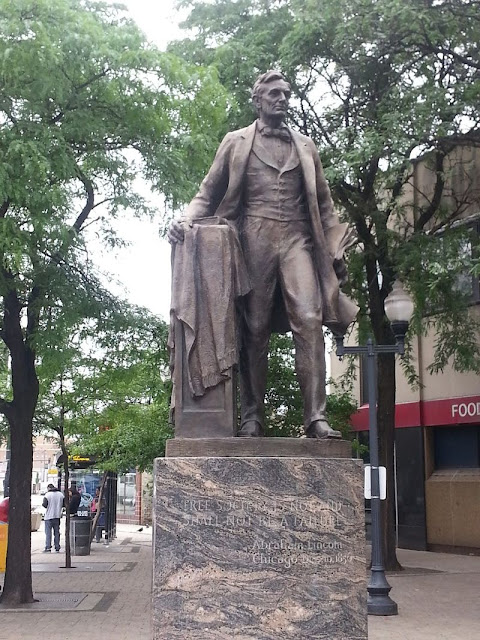 I went to the Eliza Chappell school, the first of my two neighborhood grade schools. Even as a young girl, I was impressed that my school was named after a woman, a pre-Civil War-era pioneer for public education in Chicago. (Funny how even little things help shape attitudes.) My high school, named after Norwegian Antarctic explorer Roald Amundsen, was across the athletic field and stadium. My dad used to joke that since he was Norwegian, Roald was probably a relative. 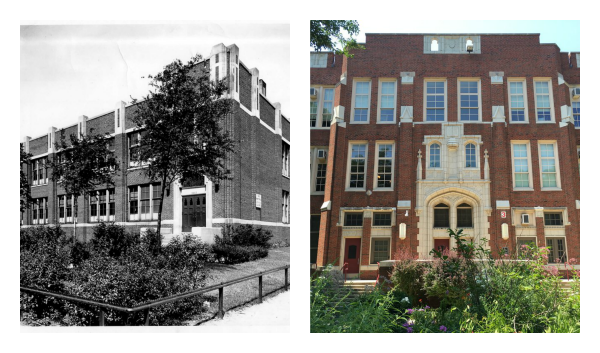 Chicago neighborhoods were originally associated with African-American migration from the South and the ethnic groups who settled in various parts of the city. Lincoln Square was originally known as a German neighborhood, but by the time I was born, it was more of a mixture of working class people and a few enclaves of wealthier families. Although some of my classmates lived in single-family homes, often brick bungalows, most of us lived in two or three-flat buildings, or like me, in one of the 3-story buildings that sat on corners and had three or four dozen apartments—a little village by itself.

Lincoln Avenue, “Main Street,” had “plain stores” like meat markets and delis and places to buy socks and school shoes. It’s a little more upscale and gentrified now, but a couple markets and the Merz Apothecary are keeping company with a thriving indie bookstore and many ethnic restaurants and cafes.

Like any small town, Lincoln Square has festivals and welcomes excuses to celebrate. 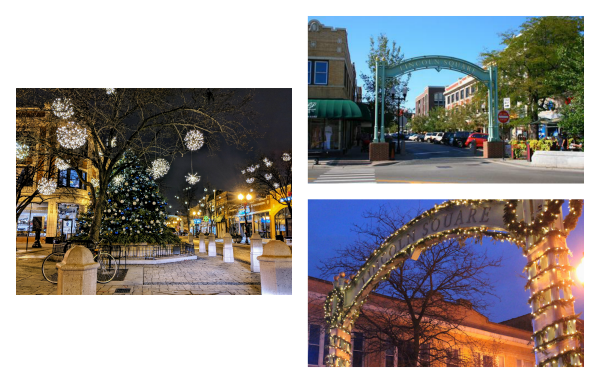 I’ve had the joy of living many different places and wouldn’t trade the experiences for anything, but I never go back to Chicago without roaming around my old neighborhood, which still has a small town in a city atmosphere.

Meanwhile, I’m still celebrating my latest release, A Bridge Home, Book 3 of my Back to Bluestone River series. Like my Lincoln Square neighborhood, Bluestone River is a small town with a big heart. 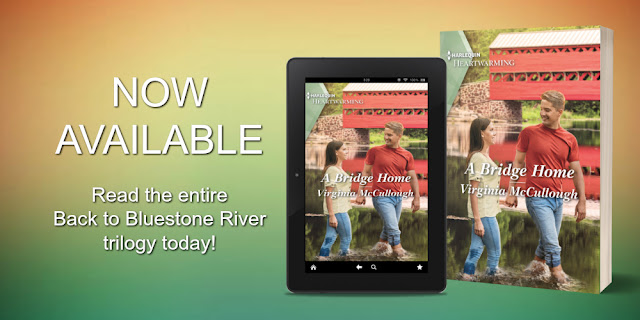 A Bridge Home marks Virginia McCullough’s sixth book for the Harlequin Heartwarming line. An author of both fiction and nonfiction books, Virginia’s also a ghostwriter/editor and a coach for other authors at various stages of their careers. Her other Harlequin Heartwarming books include her first series: Girl in the Spotlight, Something to Treasure, and Love, Unexpected. She also writes award-winning women’s fiction, including Amber Light, Island Healing, and Greta’s Grace. All Virginia’s stories explore themes of hope, healing, and plenty of second chances.