Time and Other Questions

This has been a challenging year for most of us and I‘m sure we all have a great deal on our minds.  I’ve thought often about the 1918 Spanish Flu pandemic and how heavily time must have dragged when people were in isolation.

After all, in 1918 they didn’t have television, cable, internet or cell phones (in many cases, no phone at all). We've been fortunate to have so many resources to keep us entertained and in touch. So “time” is something I’ve also pondered.

It’s easy to start believing that my time has been wasted with the need to stay so close to home. After all, I’m not traveling to see the places and people I want to see, going to that special wedding, or doing a myriad of other things I might be doing, in addition to writing.

How often have you heard somebody wish for a period when time moved slower, or at a more gracious pace? We may have done it ourselves. Of course, time moves at the same pace, no matter what period of history, but I understand what they mean. Time is perception as much as anything else. After all, a watched pot never boils, and a watched toaster never pops. 😊

But an acute awareness of time passing didn't start with "modern" life. The other day I was going through an 1894 catalogue reprint and was astonished to see page after page advertising pocket watches…over seventy-five altogether, counting front and back. There isn’t another single item in the catalogue that consumes that much space BY FAR. Could there really have been such a huge market for personal time pieces in 1894? 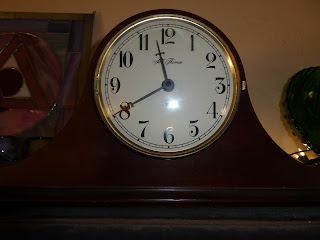 By comparison, clocks received a modest six pages. I have several theories about this, but no solid answers.

What I do know is that time is precious.  It has always been precious, and I’m reminded of that every day, whether or not I'm conscious of those reminders.

I’m sure people have been tracking the passage of the seasons forever. As far as I know, the earliest known “calendar” is a Mesolithic monolith dating back to around 8,000 B.C., created by early hunter-gatherer societies. Methods of timekeeping have been reconstructed going back to the Neolithic period.

Basically, the first timekeeping devices were invented more than two thousand years ago. Mechanical clocks were developed around the start of the fourteenth century and the pendulum clock in 1656. Even knowing this, when I used to watch Antique’s Roadshow, I was often surprised by the age of some clocks.

Hourglasses may be an ancient technology, but versions are still used when playing games and for other purposes. And who can forget the red sand in the wicked witch’s hourglass in the Wizard of Oz? Hourglasses have become a symbol of time...and often a symbol of time running out.

I’m a sci-fi fan and stories that deal with time are common. One Star Trek movie--which definitely wasn’t one of my favorites--nevertheless had a scene which continues to resonate with me.  A character talks about experiencing a clarifying moment you can almost live within. My special moments would be hard to describe, because they’re so simple. They’re about love and laughter and beauty, where time and everything else seem to coalesce into a precious, nearly perfect memory.

Unfortunately, the past months won’t qualify as the same kind of clarifying moment. With two manuscripts due since February, my schedule was well-defined before everything started (except for edits, the last manuscript was sent in September 30th, yahoo!). So I was already going to spend a significant number of hours working at my computer. Christmas on the Ranch will be published next month.  It is the second book in my series, Hearts of Big Sky. The third (The Man From Montana) is coming out in June 2021 and be part of the Walmart retail program.

But the outside world creeps in, whether you like it or not.

A scene is going well, then I’m reminded about the severity of the pandemic when a friend’s mother dies of COVID and other people I know are confirmed sick. Another friend passed a month ago. My heart jumps whenever the phone rings.  Fires are burning across the Western U.S. Is that smoke I smell?  Should I check to see if our area has been put under an evacuation warning?  Plumbing and electrical problems crop up. Do we call a repair person or live with it? The gas company says the meter has to be replaced because of corrosion. Is gas leaking? Yikes. I look out the window and see they’re testing for underground leaks clear to the driveway!

The family is bored and wants attention or is charging around the house constantly, both the four-footed and two-legged kind.  I finally have my head back in the story when someone wants to tell me the latest dire news or about a funny post on social media, or one of the neighbors throws a loud three-day weekend party.  Ever hear of social distancing, folks?  Grrrrrr…
I will say that at some point we got a jolt from an earthquake and it was a relief to have something else to think about (smile). Fortunately no one in the area was hurt and I don’t believe there was any damage.
Some people are able to create in the middle of noise and chaos, and even thrive in that kind of environment. But I struggle.

In the midst of all of this, I finally squeezed out a few hours to watch the last season of The Big Bang Theory. When Sheldon and Amy are stressed, a sensory deprivation experiment is suggested. I can’t tell you how often I’ve wished for the same thing…a private sensory deprivation tank of my own, to use whenever I want. I envision spending half my day there, soaking up the silence and peace. Has anybody ever tried one? Yet as appealing as it sounds, I also wonder if it would be truly be peaceful, or if the noise in my brain would just get louder.

As a society, I suspect we have some emotional recovery time ahead, and we are still in the midst of our challenges. Experts are already talking about PTSD. There are other stresses, of course, but I don’t want to get into them. And when things return to “normal,” I hope it will be a new normal, where compassion and understanding are more foundational in how we relate to each other.

Good things are happening. I feel fortunate because most of my family is okay, though one of my cousins lost his home in Oregon to fire. Luckily he and his wife got out safely. None of us have lost jobs.  A nephew and his delightful new wife (a soon-to-be veterinarian) have bought a house and, incredibly, seem to be successfully treating one of their beloved cats for FIP (generally considered 100 percent fatal).  He isn’t completely out of the woods yet, but it’s looking good. I mention this because I like miracles. Correction, I LOVE miracles.

Birth, a flower blossoming, rain, the universe itself is a miracle to me. I studied environmental science in college and done research since then, and the more I learn, the more I’m in awe. This world is an extraordinary gift I want to protect. There are miracles we understand, and ones we can’t fathom, just accept.

I believe love and hope will win out over our adversities. I also believe that romance writers can add to the amount of love and hope in the world.  We tell positive, uplifting stories that entertain. What a privilege! And usually there’s an underlying message to our stories that we hope will add to the store of collective goodness.

May our tomorrows be bright, our loved ones healthy and safe, and our world an even better place. And may we each experience the miracles happening around us.

Peace to you all.

TWINS FOR THE RODEO STAR (first book of my Hearts of Big Sky series) available now: 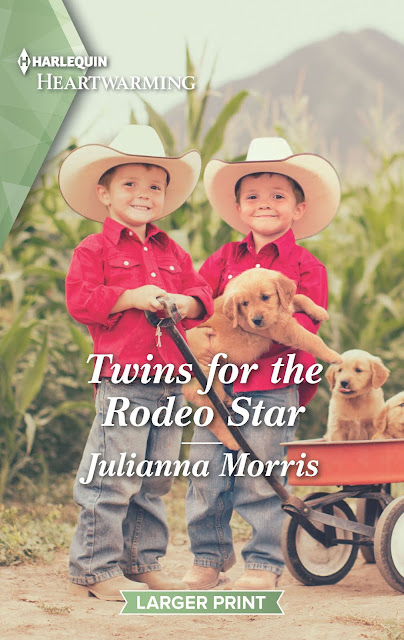