I'm not much of a cook.  I'm so not a cook that when I started dating my husband, and when I invited him over for dinner, the pre-school teacher where I taught prepared the meal.

I'm not making that up.  For a week, I'd been telling my friends at work about Don coming for dinner and what I was making.

That afternoon, when I finished walking my kindergarten class outside, Wanda met me with a box.  Inside was all the food and notes about how long to cook and such.

Yes, I served Don Wanda's food and he told me I was a good cook.

Two months after we were married, I told him the truth.

I believe that was the day I gave him food poisoning. 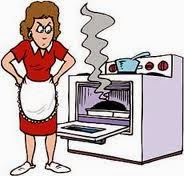 I made a chicken casserole.  I read the directions literally.  They told me to put the casserole in the over and cover it.

Hey, the pan I was using came with a cover.

Well, that cover melted.  The directions should have been more clear.  Who knew cover mean aluminum foil?

I digress since the post's title is Thanksgiving woes.

When I was in college I had a boyfriend named Mark.  He was an air force guy <sigh>

I invited him and two other friends for Thanksgiving.

Back then, I REALLY wasn't a cook.

I went to Safeway and bought the most beautiful, greenest head of lettuce.

As we were eating the salad, Mark asked me, "Why are we having cabbage salad?"

It was green, round, and leafy.  That meant lettuce, right?

Are you convinced yet?

I do make a mean sloppy joe.