So,Jennifer, where did you get the idea for this novel?

A close friend of mine has had trouble over the last three years having a baby and watching her go through this difficult time in her life, but also seeing her strength and courage to keep trying, despite several miscarriages, various testing and fertility treatments was my inspiration for the heroine, Leigh. In my story, Leigh has accepted the fact that she will not have children the 'traditional' way, I guess, so she decides to adopt. In real life, I'm happy to say that my friend is now six months along and doing well:)

How long did it take you to write?
Three months. This book was originally set to release next year as book #4 in the series, but since I had so much of it written, we decided to re-order the series release dates.

If you could pick fictional characters to play the hero and heroine, who would they be?
I had pictures of Harry Connick Jr. on my Brookhollow board in my office as I wrote Logan. I always have visuals to for my heroes...but not really anyone pictured for the heroine lol:) Weird, I know lol:)

Tell us one thing you learned during research.
In an open adoption, the birth parents are able to have as much or as little involvement in the raising of the child as is agreed upon by them and the adoptive family. Also, the birth mother has the option to write a letter to her unborn child explaining her reasons for choosing to put the baby up for adoption. These letters are so moving and heartwrenching to read, but so beautiful that I had to include one in my story. It was the hardest part of the book to write.

This is your 6th book, 3rd Heartwarming. Exactly what does that mean to you?
I can't believe it has been 6 books in two and a half years. And 3rd for Heartwarming is incredible. I'm so happy this series found a home with this line.

What do you plan to work on next?
I'm just finished the first draft of book five in the series. (Book four releases in Nov:)) And I'm also working on a holiday novella and another mainstream, contemporary three book series. I'm writing the second one now. Lots of writing, but I love it!

What are you reading for pleasure right now?
I just finished reading Undone by Shannon Richards and I loved it. Couldn't put it down. And I'm in the middle of Feel the Heat by Kate Meader-another fun read:)

Thanks for hosting me today!
One commenter will win a signed print copy of the book. 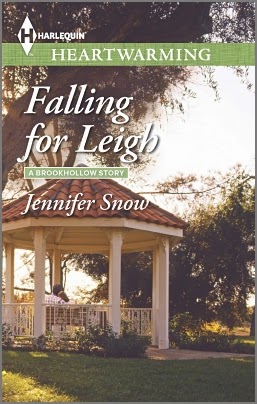