Has Thanksgiving Dinner ever been less than you expected? 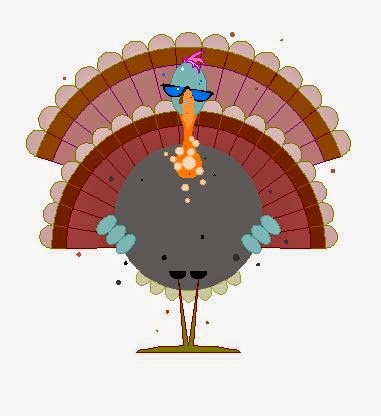 So, I thought I’d write a post and title it Funny Disasters on the Way to the Dinner Table. Or…What had happened was….Or...What was your most disastrous Thanksgiving Dinner…

At the end of the blog, you can vote on which title you like the best.

Story# 1:
It started out a disaster way before Thanksgiving. It was my first Thanksgiving with my husband, and we are living with his parents. See, disaster already. Anyway, Thanksgiving morning, nine o’clock, my new mother-in-law wanders into the kitchen and opens the refrigerator, looking for the turkey she meant to put in a couple of days ago. She forgot, and I didn't know you were supposed to thaw it…Hey, I was just 17.

I thought she’d be real upset, but no. This wasn’t the first time she’d forgotten. Out came the turkey from the freezer, we peeled the plastic off and stuck him in the oven. Frozen. About 3 hours later, she took the giblets out. And filled the cavity with dressing. I skipped dinner that Thanksgiving.

Story #2:
Cold Thanksgiving Day. Many years later. Company is gathering around the table. The turkey is beautiful and no, I didn’t forget to thaw it—I learned my lesson watching my former mother-in-law. Oh, by the way, the next year, she forgot again, but instead of sticking the turkey into the oven to cook with the giblets inside, we took a hammer and chisel to the bird.

Story #3.
This last story is from a friend who is known far and near for her wonderful rolls. For weeks before Thanksgiving morning she had told her husband her oven was wonky. But he thought it was fine. She put her rolls in to bake and when she took them out, the bottoms of the rolls were black. And hard.

The tops were nowhere near done.  She threw them out in the yard for the possums to eat. Two weeks later, the possums had not touched them.

She thought the winter would break them down. Snows came and went. The rolls didn't. They littered her yard and refused to break down. She told her 8th grade class about them. That spring, she mowed over them. A piece broke off one, sailed through the air and broke her living room window.

The next Thanksgiving her doorbell rang. It was a student from the year before with a large pan of baked, warm rolls and a note—“Don’t worry about the bread this year.”

So, as I look forward to Thanksgiving dinner at Cracker Barrel this year, I am thankful for so many things. My family, my friends, that I’m warm, that God has blessed me so much…and that  I haven’t cooked a turkey in 17 years.

Do you have a Thanksgiving dinner story to tell? If so, share it. If not, which title would you choose?

And have a blessed Thanksgiving this year!