Posted by Unknown on November 11, 2014
“Freedom doesn't come free and doesn't just affect the person serving. It's like dropping a rock into a pond. The ripples touch us all.”

Sadly, we live in a world where there is tragedy, strife and true evil. As an example, how could a heart not be broken to have learned of Cpl. Nathan Cirillo—soldier, devoted single father, dog rescuer—being shot point-blank in the back on October 22nd while standing guard at the Canadian war memorial in Ottawa? Or just two days earlier, Warrant Officer Patrice Vincent—twenty-eight year veteran of the military, family man, looking to the next phase of his life—run over along with a fellow soldier in Montreal by a man in a car? These are but two of the countless men and women who have made the ultimate sacrifice.

On November 11th, we will stand together to remember those who have given their lives for the freedom, prosperity and democracy we enjoy.

They are our grandfathers, fathers, brothers, grandmothers, mothers, sisters, neighbours ... and heroes. Canada’s Veterans—their courage, service and sacrifices have kept us strong, proud and free.[1]

On November 11th, who will you remember?

Tomb of the Unknown Soldier, flags decorating the graves of the fallen, a day off from school—these are some of the things we associate with Veterans Day. This November 11th let's add the real reason we remember this day. Wars are fought by people, individuals with names and families; men and women with beliefs so strong they are willing to stand up to keep them safe. Look at the names, put into your mind the identity of the brave men and women who stood in harm's way to ensure we, the living, the descendants, the future could live without fear.

Like the monument wall listing the names of those who made the ultimate sacrifice in Vietnam, let us speak aloud the name of at least one person who served in the military, so you and I might live in a country where freedom is a right.

From the American Revolution to the current conflict in Afghanistan, let's work for that one thing that's on the lips of every parent, grandparent, sibling, uncle, or aunt of a military man or woman—world peace.


Below you'll find testimonials from authors saluting our men and women in uniform.

On this Veterans Day, I would like to honor my grandparents who fought in WWII. My grandfather, Earl Sharpee, served as part of the Signal Corps in the US Air Force. My grandmother, Elaine Kuhn, served as an Army nurse in the 104th Evacuation Hospital. She travelled all over Europe, following General Patton's troops and taking care of wounded soldiers. Likewise, my other grandfather, Wilman Kuhn, served in the US Navy. He was a Radar Man, First Class on the USS Roe. I am so proud of their service to this country and for fighting for the good of all the world!

On this Veterans Day I’d like to honor my uncles who served their country with such bravery during World War II: Earl (Army Air Corps), Roy (U.S. army medic in Burma), and Daniel (U.S. Navy). They all came home to lead long and productive lives. My father Robert, the only one of the four brothers who didn’t (couldn’t) go to war, made his contribution as a defense plant worker. My love and thanks to them all.

And also to my good friend Cliff Delzell who served in the Korean War. He was one of the first Navy Seals, who were then called Special Forces Navy Frogmen, involved in underwater demolitions. Sadly, as I was writing this, Cliff passed away on November 1st, 2014 at the age of 83. What a warrior—and kind gentleman—he was. Rest in peace now, Cliff.

As we walked the sidewalks of his neighborhood, my Italian grandfather told me stories: At eleven, he was gored by a bull; upon arriving at Ellis Island, a guard changed the spelling of his surname because “…too many that end with i done come through here already.” Despite the not-so-warm welcome, he immediately set out to become a citizen. Weeks later, he enlisted.

In France, his unit joined the Battle of the Argonne Forest, part of the final Allied offensive—one of the bloodiest campaigns of World War I and one of the largest in U.S. military history. Then, on a cold November day, 1918, Grandpa was wounded, along with hundreds of his comrades. One soldier would not have made it out alive if Grandpa hadn’t thrown him over one shoulder, carrying him for miles to the nearest medic tent. Days later, on November 11th, the men heard a beautiful word: Armistice. Home again, they went to work, started families, bought homes, and proudly flew Old Glory from porches and fence posts.

Frank Citerony taught me the meaning of patriotism, loyalty to family, the importance of integrity. He’s the man by whom I measure all heroes—those I’ve met since, and those I feature in every novel I write. I was barely a teen when we lost him, but memories of his courage lives on…in my heartfelt gratitude for every soldier who, like Grandpa, would sacrifice everything for the country he loved. 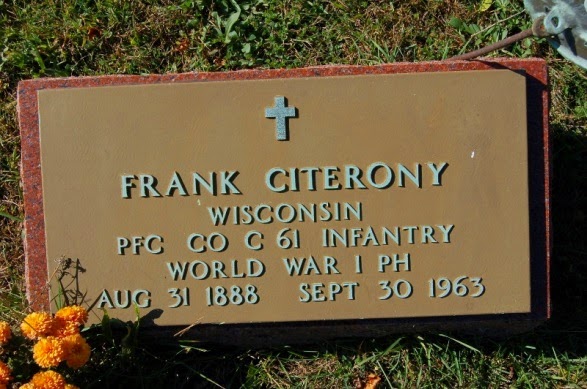 My father, Mike Pacheco, was drafted into the Army in 1943 at 34 years old. Already going gray, he was called ‘Gramps’ by the young men in his unit. He was part of the 85th Custer Division involved in the liberation of Rome. He never talked about his service except to groan about the hills and the mud, but told me that you could control your way down a muddy hillside by stabbing the ground with your knife in one hand and your bayonet in the other. There was a time in a foxhole when he heard the whine of a falling bomb, then silence—meaning it was landing near him. It did—and was a dud! My mother told me about a mission to rescue an Austrian General from the Nazis. Dad was one of only a few who returned—with the General. I have his Bronze Star.

During peacekeeping tours in Kuwait and Croatia, Master Corporal Mark 'Izzy' Isfeld, from British Columbia, worked clearing land mines in war-torn countries. While there, he also gave out little handmade dolls crocheted by his mother, Carol, to help calm frightened local children. Tragically, Mark lost his life in a land mine explosion in Croatia in 1994. Since his death, people across Canada have continued to make and donate "Izzy" dolls for Canadian soldiers to give to children. [2]

A sculpture of a peacekeeper handing an Izzy doll to a child has been erected in his memory. 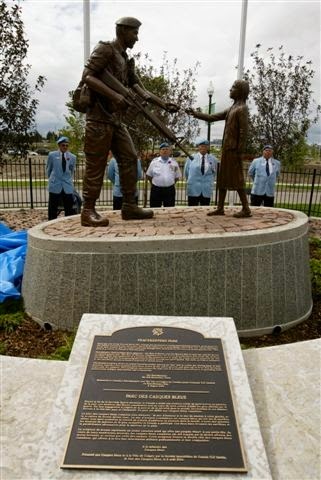 I didn’t have the privilege of knowing Mcpl Isfeld, but was fortunate to be able to be a small part of making the sculpture a reality and be present for the dedication ceremony. To read the touching poem his mother wrote in her son’s memory, please visit my blog.

I was born between wars. It doesn't matter which wars. For most of us, a war in which the U.S. military saw action was part of our lives. Many of us grew up to see our sons and daughters wear the uniform of a military service—some by choice, others by draft.

On the home front, mothers prayed and worried. During my war, Vietnam, I wrote letters. I call it mine because I personally knew some of the soldiers. Some came home. Some didn't. I found that sending letters to them allowed them to connect with a small part of normal. Like readers of our novels, the letters were an open window to another world, one they could connect with, understand, and return when the conflict ended.

The names I say out loud are Larry Miles, Paul Gilbert and Cornelius (Corny) Jones. One came home, two didn't. Thank you for protecting me. 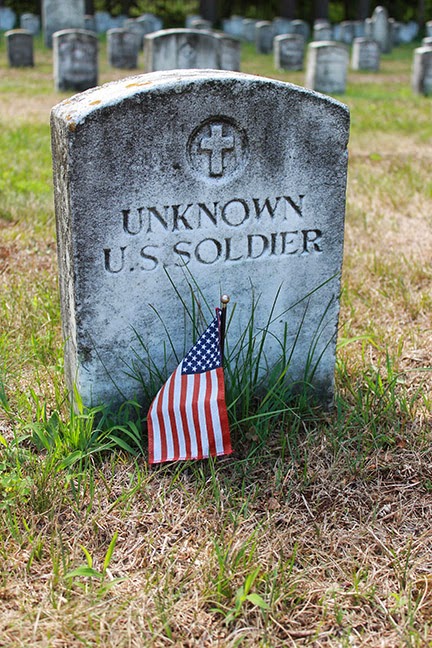 When I met my husband he was a marine. He came home on leave to attend his sister’s wedding. We bonded, got married and moved to Kaneohe Bay, Hawaii. I soon learned that planes came before wives. LOL In later years I discovered that once a marine, always one. Which is fine. Military men and women are good folks. It’s like having extended family all over the world. We civilians can’t give those in uniform enough support. It’s great to remember them on this special Veterans Day, but let me stress that giving whatever a person can to the charities that help those who come home wounded or in need is about the best feel-good experience you can have all year long. 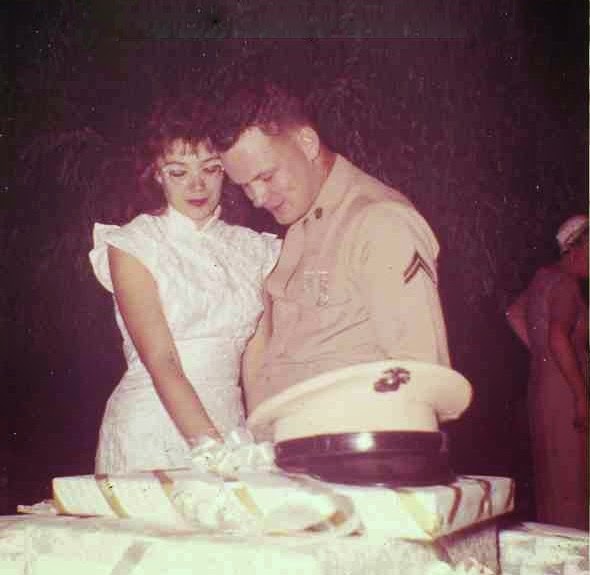 Duane was twenty-one, with glasses and a smooth singing voice and fingertips callused from playing guitar. He drove a Chevy I loved, was built better than any guy I’d ever known (I was 19—this mattered), and made me laugh harder than I'd ever laughed in my life. When he walked away from my apartment without looking back, my heart broke. It was something a lot of us did in those wintery days of the late 60s—we sent our boyfriends off to Vietnam.

He came home 14 months later, and he wasn’t a boy anymore and it was a while before he laughed all that much. He'd seen and felt things that made him grow up quickly. We were married three months later. In the years since then, he talks little about those months. It was, he says, just what they all did—when their country called, they went.

I’m proud of him and of all of those with whom he served. Thank you, vets. Thank you so much.

Years ago, I remember sitting at the kitchen table with my step-mother, listening to the tapes my step-brother sent home while he served in the Vietnam war. He always tried to sound upbeat for his mother, and often included a song because he was a talented musician. I'm so glad he came home safely. Freedom doesn't come free and doesn't just affect the person serving. It's like dropping a rock into a pond. The ripples touch us all. Thank you to all our armed services. Here's a picture of Val and his latest album. 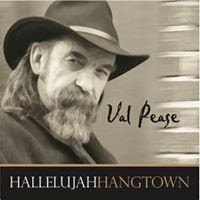 Who will you remember today? Please leave us a comment.