Sit Down Saturday with Pamela Tracy 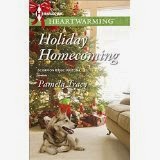 She loves to both write and read 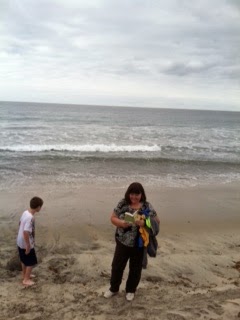 Where did I get the idea for this novel?
Meredith was born in the first book of the Scorpion Ridge Series.  She’s a bit like me.  She likes to be in charge, gets a little possessive of what she thinks is hers, and loves animals.
What made this book was a story told to me by a mom sitting next to me at my son’s little league game.  It was about an old man who died and his children had to clean out his middle-of-nowhere Arizona desert cabin.  They found bones.  Human bones.  They were terrified.  Turns out, the dad was a grave robber of Native American sites.

In looking at the cover, if I could add a caption or captions, what would they say?
"I only look like I’m at peace."

How long did it take me to write?
This one took about four months.

What is my favorite scene?
LOL, ah the life of a writer.  I’ve already written two books since that one.  I know I love the scene where the heroine’s daughter make’s rainbow loom bracelets for everyone in the wedding party to wear.  My nine year old taught me how to make them :)

Who was your my character and why?
Meredith, because she softened.  Jimmy because he recognized a good thing when he found it and he learned how to prioritize.

If I could pick fictional characters to play the hero and heroine, who would they be?
I have a huge template.  Here's the character page for Meredith and Jimmy.

One thing I learned during research.
I took my son and five of his friends to a Wolfdog Habitat.  I learned that most people don’t have the time or knowledge to handle the needs of such a magnificent animal (notice I didn’t say pet or all people).

This is my 27 book.  Exactly what does that mean to me?
LOL, that maybe I do now how to write.  Now, if I could just get past horrible, horrible writer’s block on the one I’m working on.

What do I plan to work on next?
You met Adam in the first story.  He was the mural artist.  Well, he’s now working for Yolanda, who was the maid.  She’s no longer a maid!

What am I reading for pleasure right now?
The Esther Diamond series by Laura Resnick.  I am just starting Doppelgangster