Christmas Day Down Through the Ages

On the news tonight I heard a TV anchor tell the story of the Christmas Truce that happened one hundred years ago during WWI. I looked it up and this is what I found:

December 25, 1914 Just after midnight on Christmas morning, the German troops along the Eastern and Western fronts cease firing their guns and artillery, and start singing Christmas carols and playing brass musical instruments; at first light, many German soldiers emerge from their trenches and cross No Man's Land, calling out Merry Christmas in English and French; at first the Allied soldiers suspect a trick, but soon they are shaking hands with the Boche; swapping cigarettes and plum pudding, and even playing soccer; the Christmas Truce lasts a few days, then it is back to the bloody conflict of World War I; there are no more Christmas Truces.

A little more research revealed that the German soldiers put up Christmas trees on their parapets. There was no record of a soccer game being played, but I'd like to think it happened. After all, if a Christmas Truce during the bloodiest war ever can happen, why not a soccer game?

I found this photo taken of the troops during the truce.

Then, I wondered what else had happened on Christmas in the past. Here are a few things I found: 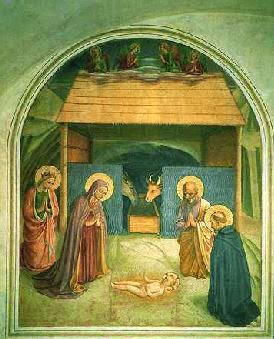 December 25, 1776 George Washington and his army cross the Delaware River to attack the Kingdom of Great Britain's Hessian mercenaries in Trenton, New Jersey

December 25, 1868, Despite bitter opposition, President A Johnson grants unconditional pardon to all persons involved in the Southern rebellion (the Civil War

A lot more things happened on December 25 and you can check them out at Dates in History.

To everyone celebrating Christmas, Hanukkah, Kwanzaa, I want to wish that is your best ever. May you have a happy and productive and restful 2015.

Or is that an oxymoron?