The Importance of Story

When I was a child, I told stories.  I told them to my sisters, my parents, whoever would listen.  My mother once took me to task when I told some visitors’ kids there were dangerous outlaws and Indian tribes in the woods that we could see beyond our cornfields.  The kids believed me and were frightened.  I count that as my first success as a writer.
I’ve been telling/writing stories ever since and have always been interested in what stories were all about.  When I was a graduate student in developmental* reading I read some articles about “story grammar.”  In order to help readers understand stories, some researchers decided to analyze fairytales and legends or similar.  They found that all stories shared characteristics such as a setting, an initiating event,  an internal response from the “hero” of the story, attempts to deal with the event/problem, and final solution.  Big news!  As a writer, I was already aware of the requirements of a good story, as were the many “how-to” books for writers available in any bookstore.  I wrote an article comparing story-writing to story-understanding and it was thought so unusual by editors of Research in Developmental Education* that it was published.


*Developmental learners are students who have not quite reached the literacy level of their peers for a variety of reasons and are thus placed in classes that are sometimes called remedial.
Story grammar is taught in schools today as story structure, often with graphic organizers such as this one: 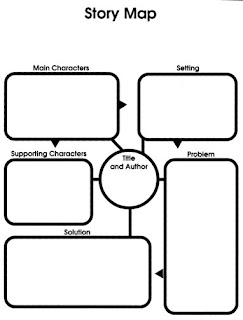 As I continued to read about story, I began to realize that story can be considered “narrative” in a broader sense.  That is, story is a series of consecutive events:  time order.  Not only is story used to teach reading but narrative is used to teach writing.  A narrative of personal experience is often the first assignment in a composition class and is sometimes used to teach developmental* writing entirely, using a personal experience in education or work (for older students), then integrating other sources into the final paper.
Stories, therefore, can be fiction or nonfiction.   And as has been discovered, stories are very important to every human being.  For one thing, according to some theories of learning, we use story as a framework to learn communication.  As a child, your parents not only read stories to you (if they didn’t, you became a developmental learner), they told you all kinds of stories about what “mommy” or “daddy” did that day or whatever.  You, in turn, told your parents what you did, probably with nonsense words to begin with . . . until your parents could understand.


Stories form our identities.  Many psychologists believe that we have personal narratives that form our very beings, narratives which we are always editing or rewriting in order to make sense of ourselves.  We are never a “bad guy” in our personal stories.  We had motivation and reasons for doing what we did.
Society itself shapes us with stories while we, in turn, shape society.  When I was teaching one particular graduate class, I would assign a “movie paper.”  Students were asked to choose a favorite movie and write their reaction to it.  Then they had to read critics’ views of the movie and incorporate one positive critical remark and one negative one.  Next they had to figure out why the movie they chose was so important to them and integrate quotes from the research on movies, narratives, or communication that we were reading in class.  Nearly every paper that was written for the class gave students profound insights into themselves.   They were telling their own stories, comparing them to societies’ stories, and ending up with new narratives of meaning.


So what does this all have to do with us, professional storytellers?  We should keep in mind that whatever we write follows an age-old tradition or structure and that though commercial writing’s main purpose is to entertain (mine is, anyway), we never know what someone else will make of it, possibly something profound. 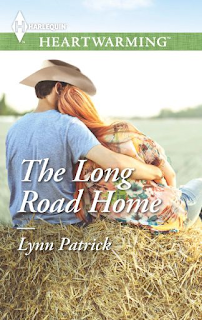