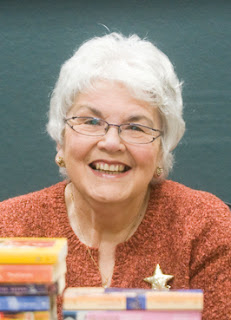 Am not really complaining.  I know you all have awful schedules, many of you with children, demanding careers, and other issues.  But I just want to grumble about the month of September.  Remember that collectively, you are the shrink I can't afford.

I sold the book I'm working on in January while Ron was in the hospital, so, while it's always thrilling to make a sale, my mind was on other things.  I gave myself a long lead time for it because I knew a lot of personal concerns were going to take precedence.  So, I thought I had set my deadline for the complete book at December 1.

Getting Ron well again took much of the first half of the year.  We had many doctor visits, a whole new regimen of medications, PT, some scary TIA moments, and finally, he was doing pretty well.  So I spent the summer on the front porch with my computer (rain or shine) finishing a project I'd had in mind for a long time.  It's completion was something I had to do for me, and since I'd given myself such a long lead time on the current book, I considered myself in good shape.

Ha!  I did achieve my goal and had a wonderful time doing it.  But when I went to clean my office to make room for a new mess with the new book, I ran across the contract, which had been buried under the last reshuffle.  My deadline was (AACK!  Duh, duh, duhhhh!) November 1st!  It was August 30th.

Okay.  I had all of September to write the book, and all of October to edit.  I felt I had control.  Then the doctor prescribed another round of PT for Ron because his walking is becoming more and more difficult and he wanted to see if Medicare would pay for a motorized scooter.  But they require a PT report.  So, that meant PT twice a week for four weeks - and it began the first week in September.  PT itself is no big deal.  It's an hour.  But getting him dressed, down the stairs, in a cab, up an elevator takes about an hour and a half and depletes all the romance I have in me.  We also go by the hospital's coffee shop, which makes a mocha he can't resist.  That's another half an hour, plus the reverse of down the elevator, in a cab, up the stairs, changed into comfortable clothes - with the dog and cats who  are happy to see us helping.

Then, the company who has serviced our oil furnace for forty years, declared it dead last April.  It's an old 'octopus' thing that's giant with seven or eight ducts covered in asbestos.  Removing the asbestos and the old furnace to replace it with gas would cost $15,000.  We didn't have $1,500.  I imagined us closing ourselves behind the pocket doors with our space heater.  But  one clever young man got the idea of just leaving everything there and putting the very small new gas furnace right beside it.  It's a little more complicated than that, but that's essentially what they did - for $3,000 - and their client advocate got us a loan from Craft 3 (Not sure what that is, but I love them!) that we pay back on our gas bill over a 10 year period! (Remember my blog on the miracles in my life?  Here's another!)

This has been going since last May and they arrived last week to make the installation.  They had to create some parts on site, so for the last four days it has sounded like a machine shop in here.  They're at work in the basement but all the vents are open to make the connections, and it sounds like they're standing beside me.  Pounding on metal, power drilling, male laughter.  (That's not hard to take, but still distracting.)   Hard to think, much less write.

Believe it, or not, baseball season has been a great help to me.  Many of my days have left me no time to write, but there's been a Seattle Mariner's baseball game almost every afternoon or evening  for months.  (They're the closest Oregonians have to a home team.)  And I have three uninterrupted hours to write because Ron's just on the other side of the pocket doors, glued to the television with a cup of chai tea (blech!) and a bowl of popcorn.  I'm in the dining room with his old target-shooting ear protectors and two cats and the dog.  They seem to know I need quiet, because they pick their spots and sleep.

I'm at about 260 pages with another 100 to go.   Good thing October is a long month.  Baseball will be in post season early in October, and I'm not sure the Mariners will make it.  Football is just weekends, so that's not a lot of help.  Anyway, I trudge on as we all do when the going gets rough.

This will probably be my last Heartwarming.  I'm good at making the most of whatever time I have to write, but it's getting harder and harder to find any.  The house is falling down around us and while that works for Halloween decor, it's not great for Thanksgiving and Christmas.  (Slight exaggeration there.  Fortunately, shabby chic is still in, so we're holding up.)

My point is, that by this time next year, I'll be visiting the blog as a reader rather than a writer.  Even though words are my business, I can't find any appropriate to the feelings I have for each and every one of you.  It has so expanded my world to share your lives and let you into mine.  You are the kindest and most caring group I've ever been a part of and in big and small ways, that sustains me every day.

This isn't goodbye today - but the day is coming and on the chance I'm still in deadline mode and blithering, I want you to know what I feel while I'm still lucid.