As a self-proclaimed foodie, autumn harvest is one of my favorite times of the year. For weeks now, our kitchen has been overflowing with fresh fruit and vegetables from the garden and local farmers' markets—corn on the cob, spinach and kale, root vegetables, carrots and peppers. Mmmmm...

For the past several weeks, the focus at my house has been on tomatoes and apples.

The first project was canning sixty pounds of organic field tomatoes. Eighteen quarts and twenty-four pints later, the pantry is well stocked. I'll be making plenty of soups, stews and sauces this winter!

This year the apple tree in our backyard produced a bumper crop. The variety is called King and they are big and red and crisp and delicious.

In addition to pies and crisps, I decided to make applesauce. First, I quartered and cored the apples, dumped them into a big roasting pan, peels and all, with just enough water to cover the bottom of the pan, and baked them until they were soft.

As the apples came out of the oven, I passed them through my food mill to remove the skins and then heated the sauce in my stock pot. I ended up with six quarts of applesauce and decided to can it as well, filling several pint-sized jars and twenty-four of these baby food-sized jelly jars.

And when my beautiful granddaughter starts to eat solid food, she'll have homemade, organic applesauce, no sugar added, made with love in Grandma's kitchen. I hope she enjoys it!

I grew up in a rural community at a time when growing and preserving food was a way of life. Today I can afford to go to the supermarket to buy everything I need, but there's a real satisfaction to being somewhat self-sufficient. Are you a gardener? Would you like to be? Do you shop for picked-today-produce at your local farmers' market? Do you have tips for canning and preserving garden produce? Please share!

On the writing front, I have a cover reveal! His Best Friend's Wife, the second book in The Finnegan Sisters series, will be a January 2017 release. 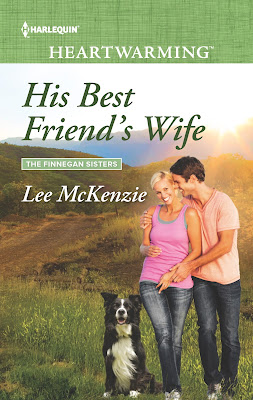 Here's the back cover blurb:

A second chance for his first love


Paul Woodward has always known Annie Finnegan was the one. But when she married his best friend, he moved away from their tiny hometown to try to forget the woman he could never have. When her husband passes away, Paul is heartbroken and wants to be there for the love of his life—but how can he, given the way he feels? As he returns to take over his ill father's medical practice, though, it's clear that Annie and her son are the family Paul longs for. As Annie heals and their connection grows, Paul will wait to find out if love really gives second chances…

For Australian readers, The Christmas Secret (originally published as a Harlequin American Romance) is available in a pre-holiday Mills & Boon Western Romance anthology along with Rebecca Winters' Santa in a Stetson. This was my "secret baby with a twist" story, and it will always have a special place in my heart. 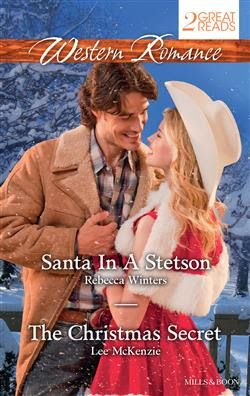 And the cover blurb:


AJ Harris needs to leave town, before he confronts his past in the form of a tool belt-wearing beauty who is also the mother of his child. Fate has other plans when AJ inadvertently hires Samantha Elliott to renovate and sell his grandmother’s old house. Now he has to hide the truth: he adopted the child Sam abandoned three years ago. No one can prevent the bond between mother and child. When AJ learns the selfless reasons behind Sam’s actions, AJ’s secret becomes a burden he can’t keep. Will Sam forgive him for having their son all along? Or will one little boy’s love bring together a family…just in time for Christmas?

Happy harvest, everyone, and happy reading!