Why Choose a Career by Syndi Powell 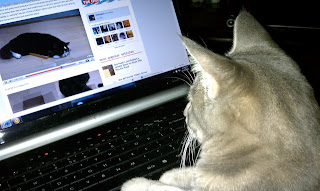 Why Choose a Career by Syndi Powell


One of the things we writers ponder as we start a new story is about careers, usually those of our characters (though we may be reconsidering this writing gig if it's a particularly difficult story we are telling). We wonder what does our heroine do for a living and how does that affect who she is, what she thinks and says? Does his career shape who he is or does he rather influence the effect of his career? Does the job make the man or vice versa?

Then if you choose a career that you know little to nothing about, you have to research what that job entails. What kind of hours does it involve? Is the heroine able to set her own schedule or does the job dictate where she is and when? What kind of training and education was involved in the career and how did that impact the character? What kind of money would they make and what locales would be likely to employ such a worker?

Sometimes, publishers and editors will ask for stories with certain kinds of careers. Perhaps they've seen enough chefs and would like to see more firefighters. Or they want less military heroes and more business entrepreneurs.

Currently, I've been researching several careers: Border Patrol agents, ER doctors, labor and delivery nurses, sports agents and family lawyers. They each have their own unique qualities. They attract certain characters. I try to find a justification of why they have that particular job. After all, they didn't fall into it by accident. They chose to become a Border Patrol agent for a purpose: keeping the country they love safe. Or maybe she had a favorite grandfather who died because he didn't get medical care quick enough and thus turned to emergency medicine. Maybe he always rooted for the underdog and chose family law because he wanted to give a voice to children who were often silenced. These choices influence who they are and what they could be.

Often times in the research period, ideas about the character will come about because of something I read about the career. Perhaps the job is often one that ex-military will choose once their service is over. Suddenly, she's got a background in the Army.

There are several resources for researching careers. Some of my favorites include my local library's career resource center that includes books and magazines as well as online quizzes to determine what career is best suited for a particular personality. I also read biographies of people in the field I am researching. I will talk to professionals in that field if I am able to, usually picking the brain of a family member who has that job. The internet is a great resource, especially if I have a question about a trivial part of the job. Or I will draw on my own experience in that field. In "The Sweetheart Deal", the hero is a bank manager. Since my day job is a bank teller, I could accurately describe that world.

Are there certain books you've read that have had a career that you would never have considered? I knew nothing about bounty hunters until Janet Evanovich's Stephanie Plum series. And the peek into the fashion magazine industry in "The Devil Wears Prada" was definitely eye-opening. What kind of careers do you like to read about? Is there any that we haven't seen that you would find interesting?