Biscuits and Gravy by LeAnne Bristow

Writing inspiration comes from the strangest places. I often stress over what my blog topic is going to be, but the other day a Facebook Meme really got to me. Well, maybe not so much the meme, but the person who posted it. Which led to a comment about a mutual friend who jumped in and pretty soon we were walking down memory lane. Here’s the meme: 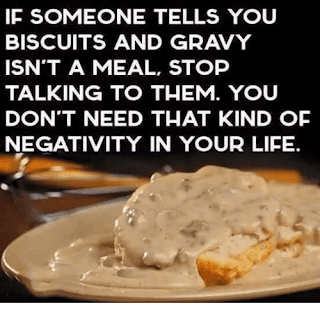 My parents divorced when I was five years old. Divorce wasn’t as common back then and it was even rarer for the father to get full custody of the children. My father did get custody of me and my younger brother, but he was a truck driver and away a lot, so we all moved in with my grandparents. Now, I’m not going to complain about my family life because my grandmother was an angel from heaven and I had a wonderful childhood, thanks to her. But I secretly envied my friends that had the “perfect” family. 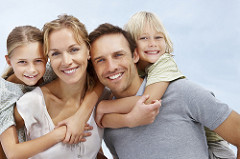 Two of my closest friends had the kind of family my childish heart dreamed of. Some of my favorite memories are of sleepovers at their house. Truth be told, they spent just as many nights at my house, but oh how I loved going to their house.

At Lisa’s house we made homemade ice cream, fought the Empire while vying for Luke Skywalker’s affections, rode horses, played in the stock tank, annoyed her two older brothers and giggled half the night. Okay, well, maybe I did most of the giggling and Lisa begged me to go to sleep. Evenings at Lisa’s house were nothing short of blissful to me. After I was grown, Lisa’s mother confessed that she hated letting me sleepover because I never wanted to go to bed and often kept Lisa up until the crack of dawn.

Kaci’s house was just up the hill from me and the two of us would spend hours running around Little Mountain. [Shameful plug here, it is the same Little Mountain that appears in my March book Her Texas Rebel.] While her parents were a little stricter and I often though Kaci had way too many chores, (I have since discovered that she didn’t. I was just raised by a grandmother who found it easier to do things herself than to train me to do it. Yes, I was spoiled.) the love in that home was evident in how they treated each other and their guests. ***Side note: Kaci's family was a huge inspiration for the setting of my book. Her parents volunteered at Cherokee Home for Children and later her father was one of the administrators of the home. Sadly, he fell and hit his head while playing in a staff basketball game for the home and died from his injury. Kaci now continues her father's wonderful work with the home. Without her expertise and willingness to answer a million questions, Her Texas Rebel would've never been finished.

Now you may have gathered from my previous comment that I’m a night owl, not a morning person at all. Oh, but Kaci’s mom had me wanting to be the first one up. Every time I spent the night, breakfast consisted of homemade biscuits and chocolate gravy. Now, I grew up in Texas where biscuits and gravy are a staple, but I said CHOCOLATE gravy, people. I’m pretty sure I would’ve stayed the night even if Kaci wasn’t there. 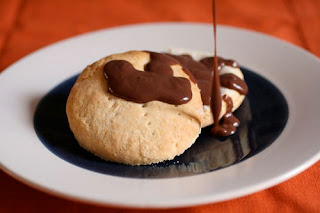 Once I was grown, I introduced my own children to the beauty of chocolate gravy. Of course, I saved it for special occasions, like when they had sleepovers. My kids admitted to begging people to spend the night just so I would make it. And a few weeks ago I got a phone call from one of my sons friends, begging for the recipe. At twenty-one years old, he still wants to come over to have chocolate gravy.

Kaci graciously allowed me to post her mother’s chocolate gravy recipe here for your enjoyment. I hope your family likes it as much as mine.

That one little meme brought back such wonderful childhood memories. What about you? Do you have a favorite food from when you were a child? I’d love to hear about it.

Click on the link if you would like to learn more about Cherokee Home for Children and the wonderful work they do for children in central Texas.

After her favorite aunt gave her an old box of Harlequin romance novels, LeAnne dreamed of becoming a writer. Life happened and LeAnne followed her country boy from a small town in central Texas to a small town in southern Arizona where she spent 25 years corralling three of her own children and 20+ kindergartners. Now an empty nester and new grandma, she is pursuing her dream of bringing you emotional stories that make you hold your breath waiting for that first kiss. Her motto is "Country roads, small towns & happily ever after."