Posted by Patricia Bradley on July 24, 2017
The two Patricia's here! Patricia B (that's me) knows you're not supposed to put an apostrophe after our names, but really? It looks so odd without it. 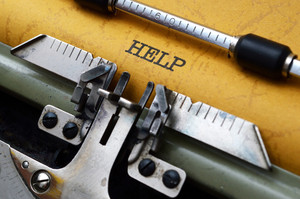 If I sound a little stressed, it could be because I'm under deadline. Two of them. I don't know how people with more than two live, but I've heard it happens more often than I realize.

And lately, I haven't seen much daylight. A friend complained about the ninety-nine-degree weather yesterday and I had no idea. My dungeon is a cool seventy-five degrees.

To top it off, I've gained five pounds even though I spend an hour at the gym five days a week. But that hour doesn't make up for the other eight to nine hours sitting at a computer.

And don't get me started on turning down friends when they call and ask me to meet them for lunch. That is if they could get through. Lately, I've been disconnecting my phones and shutting down the internet.

So if it's so hard, why do I do it? I get asked that a lot because I could retire and live a life of leisure. I even have friends who ask why I tie myself to a computer like I do when I could be traveling or lying on the sofa reading and eating bonbons. 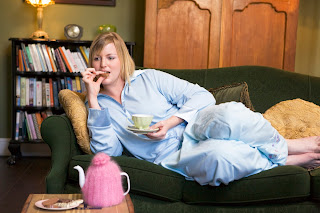 Because I can't not. If that makes any sense. Even when getting the story on paper is like pulling a mule's tooth, I love it. I don't want to do anything else. Not even the sofa deal. And can't you just see how much weight that would add? 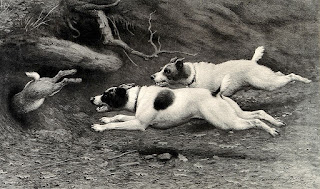 When I'm on deadline, I lose friends. Or I would, if they were less understanding. I tend to disappear for long periods of time, cancel plans on people when I'm not done as quickly as I thought I'd be, and generally ignore the outside world.

When I go to the library to work, I put my head down and speed walk to the back where there is a quiet area to set up my computer so that I don't stop to chat with people I know. (I live in a pretty small place!) And I'm always rather worried that I'm offending people because when someone literally runs away from you, it can seem a little rude, no?

So when I'm on deadline, I post broad apologies on Facebook saying things like, "I'm working on a manuscript, so please forgive me for hiding under a rock."

And I'm currently on deadline... under my rock.

So, Heartwarming readers, what do you do when you're under pressure, or deadline?