Posted by M. K. Stelmack on September 22, 2017
Half-a-lifetime ago, I worked at an independent bookstore and with September came the slow ramp-up to the Christmas season when publishers unleashed the new releases of their top authors onto the masses. Every day was like Christmas as the staff unpacked the long-awaited titles, hustling them up to the tables and front shelves for all to see.

The most exquisite pleasure was A Big Fat Book. Its weight, its density, the hollow echoing when drummed on the cover, the fanning of pages, the captured words in lines and lines, awaiting my inspection, and the glue-y, paper chemical-y, ink-y smell of a new book. You know what I'm talking about? And you know it's going to be good. Real good. So good, you have to make serious plans. You have to get meals planned, laundry done, projects deadlines sorted, because if you make the tragic mistake of opening the book before the real world is in place, all will fall apart.

To celebrate the dawn of another season, I'm going to share five of my favorite big, fat books in no particular order.

I started this series when the printers had somehow managed to stuff Voyager between the covers of a mass market paperback. I was a bored mom of two young children, one of whom I was breastfeeding. I began to crave those spaces during the day when I could be swept away to a land where Jamie roamed free. My son was one well-fed baby. 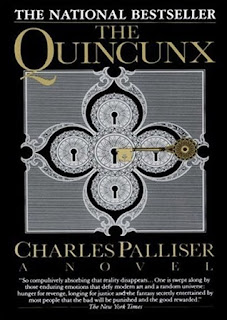 I hand-sold this book like crazy the year it came out. A thick, Dickensian read with an elaborate mystery. I honestly can't remember the plot. Then again, I can't remember anything of what I read or watch unless I go through it for a second time. And we all know the saying: too many books, too little time.

#3 THE PASSAGE by Justin Cronin 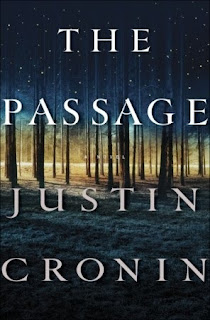 (Here's an excerpt from my 2013 Goodreads review of this 700+ page post-apocalyptic thriller: The Passage has a slow build-up, with person upon person being introduced and I was never sure who I should give my allegiance to because just when I was ready to commit, the narrative would switch to another person and so I became worried for everyone, even what turned out to be the 'bad' guys. Intentional, no doubt. The more compassionate I became for them all, the more I became like the star of the trilogy: Amy. A little girl who will become the salvation of the entire world. At least, that's what I think will happen. I also have to think about Peter, Alicia, Sara, Greer, Hollis, Michael, Theo, Mausami, baby Caleb....)

#4 The Winter Rose by Jennifer Donnelly

And here's my Goodreads review for this one!

I found the cure for the common cold. Last weekend, I crawled into bed and declared myself sick. You have to do that if you're a wife and mother or there's no rest, especially if, like me, you're wicked, too. I overdosed on the big, fat juiciness of The Winter Rose. As my legion of followers know (you know who you are because I surely don't), Jennifer Donnelly's The Tea Rose was everything I love in a historical and this, her sequel, is equally superior. 'Equally superior' is not contradictory. It means that at any moment, due to their excellence, one may surpass the other in my estimation of them. India Selwyn Jones is a fine woman with her plans to change the world, and is completed by Sid Malone who is a fine example of how you don't need to be good to do good. And we have the reappearance of Fiona and Joe, who have a story as meaty as you'd find in any ordinary historical. Oh, and, of course, the villian. Freddy was the best kind: cold, irredeemable and so utterly devastated by who he'd become. Really, the only difference between Sid and Freddy was good parenting. Which is why, after completing the book's clubhouse thickness in two days, I flipped back the covers and got back to being a wife and mother. I can't have anyone in my family go around ripping out their hearts. You'll understand the reference once you read the book. And you will. Because all of us, once in a while, need The Cure. 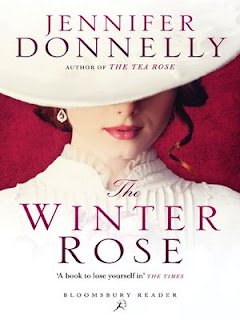 Whether it is a testament of faith or a book of literature for you, this one book has it all. Yes, it was released a little before my time but it stands as The Big Fat Book of western culture. I didn't know which edition to use for my image and then I saw this gif--and wow.

I'm sure everyone has her favorite fat book. Hands-up for Gone with the Wind? I didn't include it because--gasp!--I haven't read it. Any others?

Happy reading and if you want something shorter but stuffed with goodness, remember Heartwarming's September releases!