Posted by Unknown on October 07, 2017
Welcome to Sit-down Saturday! Today we’re celebrating the release of A Priceless Find, a sequel to the award-winning A Child's Christmas. 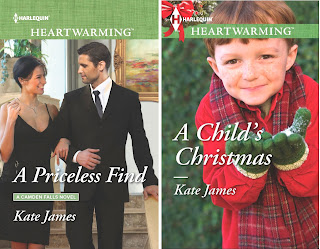 Congratulations on the release of A Priceless Find, Kate! Can you tell us a little about the book?

I would be happy to!

In A Priceless Find, a robbery followed by the discovery of a forgery at a respected art gallery thrusts Chelsea Owens into the center of an investigation headed by Detective Sam Eldridge. The instant chemistry between the high-spirited aspiring curator and the tall, dark, brooding cop is a classic case of opposites attracting; however, complications arise when Chelsea uncovers a connection to an unsolved art heist. Teaming up with Sam to find the stolen paintings worth hundreds of millions of dollars ignites feelings that could lead to lasting love. But Sam isn't ready to move beyond the tragedy in his past, no matter how promising his future with Chelsea could be…

In case you are interested, here are some of the popular retailer links to A Priceless Find:


How did you come up with the story idea for A Priceless Find?

The idea for A Priceless Find has been around for a while. Chelsea Owens, my heroine, first appeared in my November 2014 release, A Child’s Christmas, and she’s been clamoring for her own story ever since. Once you’ve read A Priceless Find, you’ll appreciate that if Chelsea sets her sights on a goal, she goes after it whole-heartedly! In the face of that sort of good-natured determination, I had to give in and write Chelsea’s story.

One aspect of writing A Priceless Find that I particularly enjoyed was fictionalizing the famous Isabella Stewart Gardner Museum heist. Although I referred to some of the old masters, the names of their stolen works are fictitious, as are some of the other artists. For readers who are unfamiliar with the Gardner Museum heist, in the early morning hours of March 18, 1990, two thieves disguised as Boston police officers stole thirteen works of art, valued at over 580 million dollars. The crime remains unsolved to date, despite the FBI’s ongoing efforts and the offer of a reward recently increased from five to ten million dollars. Should you be interested in learning about the actual heist, you can do so through the Gardner Museum’s website.


Craning her neck to see inside the jewelry store, Chelsea could make out shattered cases and toppled shelving before her view was obstructed by a tall man wearing a Camden Falls Police Department jacket. He was assisting someone across the room. As they turned toward a seating area, she glimpsed the other person.


“Oh, no!” Chelsea quickly pulled over to the curb behind a police cruiser. She slammed her vehicle into Park and jumped out. Ducking under the police tape, she rushed toward the entrance.


“Ma’am!” a police officer who’d been standing by the door called after her. “Ma’am, that’s a crime scene. You can’t go in there!”


He reached for her, but she evaded his grasp. Her only thought was of Mr. Rochester. “I most certainly can! I’m a friend of the owner’s,” she stated and pushed her way in through the door.


She couldn’t hold back a gasp when she saw Mr. Rochester. He was sitting on a settee, slumped over, his normally ruddy complexion parchment white. A paramedic crouched in front of him and was working to staunch the flow of blood from a wound on his temple.


Ignoring the officer who’d followed her in and dodging another who’d moved to intercept her, she ran over to Mr. Rochester. Dropping to her knees next to where the paramedic was, she touched his knee. “Mr. Roch—”


Before she could finish, a hand clamped around her upper arm and tugged her back up on her feet.


“Hey!” she started to protest, but the words died in her throat as her eyes met the steely blue ones of the cop she’d seen through the window. He was wearing plain clothes under his CFPD jacket and exuded an air of authority.


“Miller!” he called, apparently to the cop who’d been outside. “Who is this and how did she get in here?”


Miller shot Chelsea an exasperated look. “I have no idea who she is, other than that she says she’s a friend of his.” He pointed at Mr. Rochester. “She ignored the tape and ran past me. I tried to stop her…” He glanced down, but not quickly enough for Chelsea to miss the flush spreading from his neck to his cheeks. “She got by me, Detective,” he mumbled. “Sorry.”


“You’ve got to be kidding,” the detective retorted. “Well, get her out of here.”


“No. Wait!” Chelsea interjected. The detective and Miller both turned to her, but she barely noticed Miller. There was something commanding in the detective’s eyes, in his bearing. She supposed he was good-looking, in that tough-and-rugged way, but the frown and obvious exasperation in his eyes didn’t do much for his appeal. “It’s not the officer's fault,” she said. "So there’s no point scolding him.”


The detective raised a brow, and she thought she saw the corner of his mouth twitch.

We understand you've been busy this year?

I released three books this year! In addition to A Priceless Find, Home to Stay, the fourth book in my San Diego K-9 Unit series released in July and Sanctuary Cove released in March. 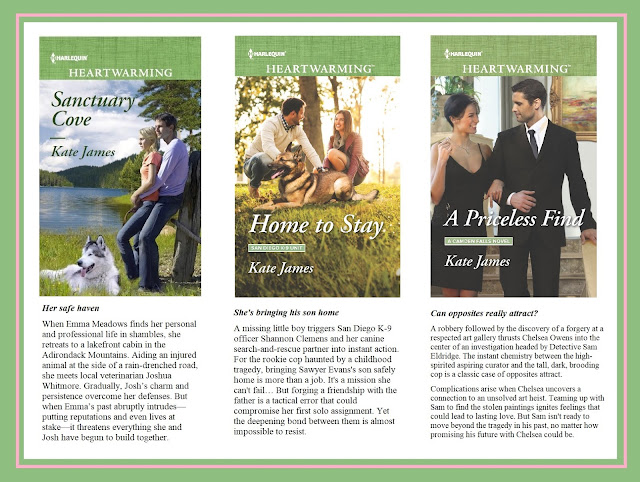 
I'm on a blog tour with Prism Book Tours! Today is the start of the grand finale, and you still have time to enter the giveaway. 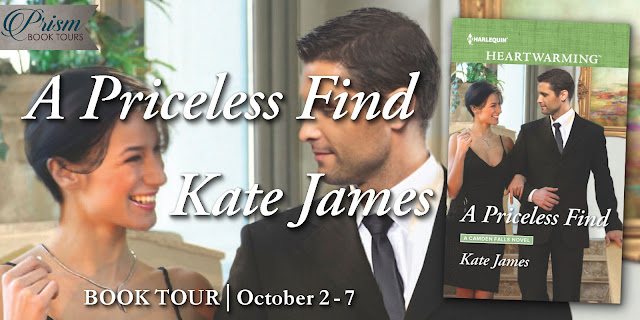 Huge thanks to all the wonderful bloggers who welcomed me to their blogs. We're almost in the grand finale phase, but you can still visit any of the stops and enter the giveaway. You can find the full schedule of stops and the description of the prize pack here.

Here's a sneak peek of the grand prize. 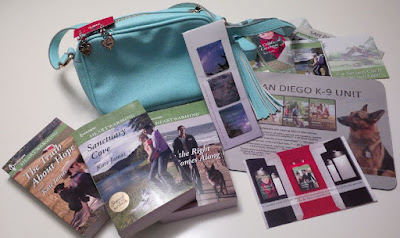 How can readers connect with you or learn more about your books?

Thank you for stopping by and happy reading!

Purchase Links for A Priceless Find