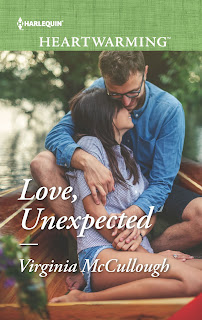 In Love, Unexpected, Andi Sterling remarks that someone (she and the hero don’t yet know who) named the rundown wooden motor yacht Drifting Dreamer for a reason. Looking at its peeling varnish and cracked cabin house, it’s hard to see those dreams through the ruins. For me, the name brings to mind the old song “Moon River,” with “two drifters off to see the world.” That is, after all, the reason people buy yachts in the first place. As Zeke Donovan observed, no one built a 50-foot yacht in 1939 if they didn’t have some big dreams.

Drifting Dreamer comes into Zeke’s life as a surprise—and not a welcome one—when his dad inherits it to settle a twenty-year old debt. Looking at the once pristine mahogany cabin, Zeke sees nightmares, not dreams. His first thought is to dismantle it and sell off the pieces. But luckily—for the boat and Zeke—Andi (another surprise for Zeke) shows up with a new idea.

Spinning dreams and restoring dreams are at the heart of Love, Unexpected. Zeke Donovan has an old dream he was on the way to fulfilling, but his commitment to look after his brain-injured dad led him to set aside what he wanted for himself. On the other hand, Andi gradually discovers she really can go after what she’d once thought was way out of reach.

As they find themselves attracted, becoming fast friends who fall in love along the way, they uncover hints about Drifting Dreamer’s first owners, Charles and Mary Peterson, whose story is linked with the coming of the Second World War. At first these discoveries lead to more questions than answers, but Zeke and Andi aren’t inclined to quit until they piece together almost eight decades of the boat’s life. In the process they understand why Drifting Dreamer is an apt name for the yacht.

Anyone who has gone all in and pursued her heart’s desire quickly realizes that when she turns her wispy dream into a goal, a lot of hard work follows. That’s true for writing books and restoring old boats, changing careers and making commitments. As the late Hal Wright, an advisor to small businesses, liked to say, “A dream becomes a goal when you put a date on it.”

Andi and Zeke soon learn that one summer can bring big shifts and life changes. By bringing the boat back to life, they open up their hearts to possibilities and dreams. If they accept the challenge, they can take their lives in new directions. So, just as love was unexpected, so were their new dreams. 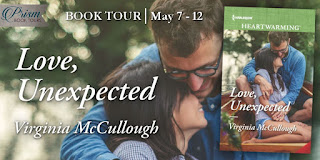 I'm celebrating the release of Love, Unexpected with a launch tour hosted by Prism Book Tours. Please stop by one of the participating blogs to learn more about the book and for a chance to win my giveaway. Click here for the blog tour schedule. 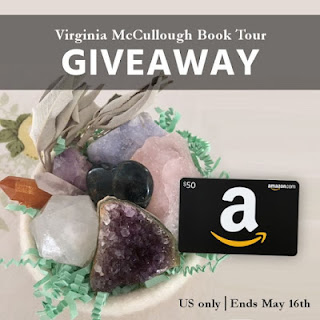 Love, Unexpected is Book 3 of Virginia McCullough’s Two Moon Bay Series. (Book1 is Girl in the Spotlight, and Book 2 is Something to Treasure.) Her other award-winning romance and women’s fiction titles include: The Jacks of Her Heart, Amber Light, Greta’s Grace, and Island Healing. Virginia’s books feature characters who could be your neighbors and friends. They come in all ages and struggle with everyday life issues in small-town environments that almost always include water—oceans, lakes, or rivers.

Born and raised in Chicago, Virginia has been lucky enough to develop her writing career in many locations which, like her books, all included oceans, lakes, and rivers. The mother of two grown kids, you’ll find Virginia with her nose a book, walking on trails or her neighborhood street, or packing a bag for another adventure, large or small. And she’s always working on another story about hope, healing, and second chances.