Life UNinterrupted? No thanks! by LeAnne Bristow

Posted by LeAnne Bristow on May 10, 2018
Did you look back at that title and go "huh?" Because, really, can anyone say that their life is moving along smoothly and nothing unexpected happens? And that's good, because no one wants a perfect life. Really. 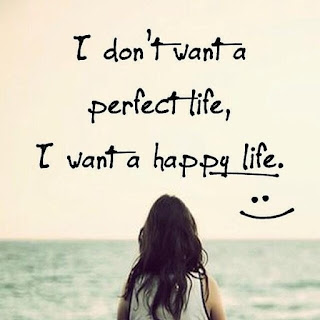 Life is full of unexpected adventures. Some good. Some bad. But they all make up the fabric of who we are. A dear friend of mine always says that their are no coincidences, just turns in the road. It seems like some people have windier roads than others. Some things that you think are tragic, end up being a blessing in disguise.

Two weeks before I graduated high school, I discovered I was pregnant. In today's world that's not so shocking, but in my little corner of the Bible belt it was the end of the world. I was salutatorian, President of the FHA, member of the National Honor Society, Vice President of my class, head cheerleader, voted best-all around student by the teachers and a leader of the school. (Before you get too impressed, I was at a small school and there were only 13 people in my graduating class!) I had two college scholarships and a bright future ahead of me. I was told my life was over. To top it off, Jeff and I refused to get married. That was unforgivable in my small town. One family member told me I was going to end up "white trash" with a jillion kids, all with different fathers. I had community members showing up at my after school job telling me about their cousin/sister/aunt that could give my baby a far better home than I ever could. People I thought were my friends ran. People I never expected to care stood up for me.

Jeff and I were young. He was in the Army and just been notified that his unit was going to the middle east as part of Operation Desert Shield. I faced the possibility that I may never see him again and started making plans of my own. I moved to San Marcos so I could use the scholarship I'd been given to attend Texas State University (at the time is was Southwest Texas State).

I was alone. Miserable. Pregnant. And when Desert Shield become Desert Storm, baby-daddy was in a full-fledged war. Several friends also went to the same college but while they were enjoying the new found freedom of life in the big city, away from the restrictions of our tiny town, I was buckling down and getting as many classes under my belt as I could. I can honestly say that if I hadn't been pregnant, I would have gotten caught up in it too. I had friends that flunked out or quit school because their grades were so bad. I didn't have that luxury.

Fast forward. Jeff and I did eventually get married. We celebrated our 25th anniversary in January. We moved to his home state of Arizona where I graduated Magna Cumme Laude from Northern Arizona University. We had 2 more beautiful children and a happy, but far from perfect life. 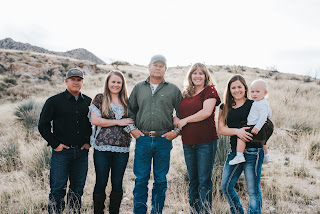 Three years ago, a similar thing happened to my daughter. She had been living on her own for years. She was in a steady relationship. Going part-time to school, although had been doing fewer and fewer classes because she'd discovered the power of money and was working more and more hours. In the span of four days she discovered her boyfriend had been cheating on her and that the doctor was correct....antibiotics do, indeed, mess up birth control pills. She was pregnant. She was convinced her life was over. She spent the next few months lamenting over how horrible her life was and how nothing would ever be good again. Then she held a beautiful, perfect, tiny baby in her arms and everything changed.

She went back to school full time and will graduate from nursing school in December. She's the hardest working person I know and she's a wonderful mother. Now, she looks back and says she would have never gone back to school if she hadn't had her daughter. She inspired her be a better person. And my oh my has that spunky little girl been a blessing to our family! 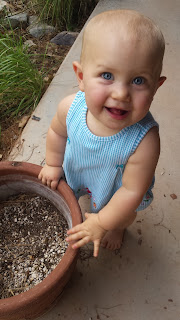 When I started this post, I had a list of at least five different examples of bad things that turned out to be blessings and things that I'm still waiting to find the blessings in. But as usual, I've rambled and talked (typed??) way too long. So now I'd like to hear from you. What has happened to you that you thought was awful but turned out to be a good thing? Inspire me!