Sit Down Saturday with Liz Flaherty 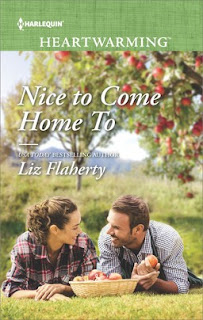 We first went to Lake Miniagua in Every Time We Say Goodbye, visited it again in The Happiness Pact, and now we're back. And, oh, gosh, I do love being there.

In Nice to Come Home To, Cass Gentry returns to the lake because it was only place she was ever truly happy. She doesn't expect to find that again--too much time and too many things have crossed the bridge for that--but inheriting half of Keep Cold Orchard and having temporary custody of her half sister Royce bring her back.

Luke Rossiter, the handsome widower who owns the other half of the orchard, hopes Cass will want to sell him her percentage. He likes her, but he doesn't have any interest in a relationship. None at all.

Although the writing of this book was difficult--sometimes it just is, isn't it?--so much of it was fun. Like when I went to pick up my grandson Shea at McClure's Orchard, where he worked, I looked around. And walked around. And drank apple cider slushies. And petted goats and listened to music and... 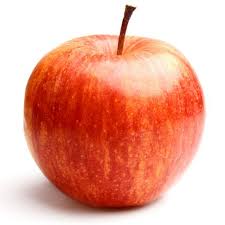 My thoughts went to what a great place it would be for a book. I took the whole orchard out to Country Club Road by the lake, planted Aunt Zoey's (you'll love her) farmhouse in the middle of it, a round barn replica near the entry, and made myself--not to mention Cass, Luke, and some family members--right at home. I hope you like it there, too.

I also ate lots of Honeycrisp apples, which actually had nothing to do with this book. However, if you don't already know it, Honeycrisps are the edible definition of Heartwarming romance. They are crisp and sweet and memorable and one is never enough.

One of my favorite things when I was writing the book was naming the orchard. Friends offered many suggestions, but Cheryl Reavis suggested Keep Cold Orchard, taken from a Robert Frost poem. I not only loved the name of the orchard, but love the words of "Good-bye, and Keep Cold" as well. I leave you with them.

BY ROBERT FROST
This saying good-bye on the edge of the dark
And cold to an orchard so young in the bark
Reminds me of all that can happen to harm
An orchard away at the end of the farm
All winter, cut off by a hill from the house.
I don't want it girdled by rabbit and mouse,
I don't want it dreamily nibbled for browse
By deer, and I don't want it budded by grouse.
(If certain it wouldn't be idle to call
I'd summon grouse, rabbit, and deer to the wall
And warn them away with a stick for a gun.)
I don't want it stirred by the heat of the sun.
(We made it secure against being, I hope,
By setting it out on a northerly slope.)
No orchard's the worse for the wintriest storm;
But one thing about it, it mustn't get warm.
"How often already you've had to be told,
Keep cold, young orchard. Good-bye and keep cold.
Dread fifty above more than fifty below."
I have to be gone for a season or so.
My business awhile is with different trees,
Less carefully nourished, less fruitful than these,
And such as is done to their wood with an axe—
Maples and birches and tamaracks.
I wish I could promise to lie in the night
And think of an orchard's arboreal plight
When slowly (and nobody comes with a light)
Its heart sinks lower under the sod.
But something has to be left to God.
***
P.S. Before I go! One of the best parts of having a new release is that you get to share the month with three Heartwarming sisters. I love sharing August (my birthday month!) with Carol Ross, Tara Randel, and Jeannie Watt. Here are our offerings this month. I hope you love them all.