Posted by LeAnne Bristow on September 13, 2018
Last spring I closed my business. Since then, I've been working on several writing projects and spending a lot of time studying hooks and tropes. Some literary snobs poo-poo romance books as too formulaic. And maybe it's true. Most romance books might could be summed up like this: Boy meets girl. Boy loses girl. Boy gets girl. 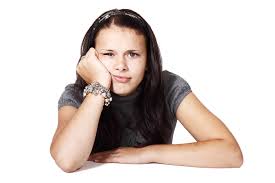 So why are they so much fun? What is it about a romance novel that can make you laugh, cry, send your heart into overdrive or drop you over the edge of cliff? There are so many ways authors can twist the entire "boy meets girl" set-up. Which leads me to the topic of today's post. 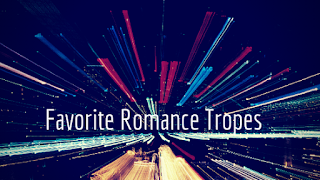 One definition of a trope is: a common or overused theme or device.
Common? Maybe. Overused? Never! There are things that speak to the hearts of people. These things can't be overused. Here are some tropes you've probably seen before:
I could go on. And on. And on. But you get the picture. If I tell you I'm writing about a tortured bad boy who has returned to his hometown for redemption, you get an immediate idea what the story is about. It's even better if the heroine is sees his return as a chance to get revenge on the boy who used to tease her endlessly while she was an ugly duckling.

Tropes gives us the meat of the story. But it is the author who adds the spices and heart of the story. Tropes are useless if the reader doesn't care about the characters of the story. There are dozens of stories about bad boys who return home. Big deal. But what if the hero comes home to stop a corporation from tearing down the local park so he can rebuild it? The place he escaped to when his parents were fighting. The place he found his best friend. The place he kissed the only girl who didn't think he was a loser. Now we start to care a little. Enter the girl who was never good enough, pretty enough or smart enough to impress her teachers, her parents or the shy boy who hung out at the park. Until he kissed her and when his friends teased him, told them it was because he felt sorry for her. The girl who is out to prove that she isn't a nobody by designing the tallest, most majestic building in town and getting rid of the abandoned park that's become an eyesore to the community. Who do we root for? We can identify with both characters. We're starting to love them and it's so hard to take sides!

Everyone has their own personal favorites. I admit, I'm a sucker for secret baby stories. Love them! My most recent trope is a best friends to lovers story. Jaycee's story is also a bit of an ugly duckling story which I've never done before. It may be one of my new favorites. And, bonus, it's a Christmas story. 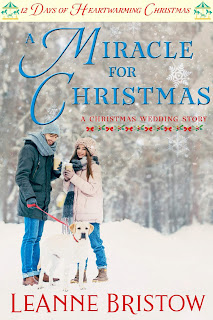 Jaycee Garland was too tall, too fast, too strong, and too independent to fit in with the girls. So she does her own thing. Whether it is pushing her students to think outside the box in history class, her players on the basketball court, or herself as a volunteer with Search and Rescue, she encourages everyone to blaze their own path. Too bad she can’t convince her best friend to follow his dream instead to being bullied by his father.
When an injury ended Tyler Gibson’s hockey career, cooking was the only thing that kept him focused and gave him a new purpose. As both the culinary arts teacher and the high school hockey coach, he’s finally found a way to feed both of his passions. With two state titles under his coaching belt, Tyler is pressured to break into college coaching. If he can’t make it to the National Hockey League as a player, he’ll do it as a coach and finally prove to his father that he’s not worthless. But that would mean leaving Christmas Town behind…and his best friend, Jaycee.
When Jaycee is asked to be a bridesmaid in the Christmas Eve wedding, she has to pull off the biggest transformation in history. Will turning this tomboy into a lady be the push that Tyler needs to see her as more than a friend? Will catering the wedding help Tyler admit what he really wants? It’ll take more than luck for things to work out between these two, but Christmas Town always has a miracle or two in store for people with the courage to believe.

Click here to find all the 12 Heartwarming Days of Christmas stories!

The ability of my favorite authors to take classic tropes and add their own spices to them is part of why reading never gets old. So what about you? Do you have a love/hate relationship with tropes? What are your favorites?