I’ve done it both ways. I must admit, I spend a lot of time creating my characters. Over the years I’ve tried dozens of different ways to develop them. The enneagram? I have at least three books on my shelf to help me with it. The Myers-Briggs personality test? I take the free online test as my character at least five times to help me get a better idea of what they want.  My resource shelf is full of craft books to help me create the perfect hero and heroine, someone a reader will fall in love with, root for and cheer with. Which is why I hate creating characters that are too real to me, because I know I have to put them through the wringer and it breaks my heart.

A couple of years ago, I took a class by Heartwarming’s own Melinda Curtis. The class was about creating conflict for our characters and was based on schema’s…a psychological principal for understanding what drives a person’s behavior, attitudes and patterns. Once you know a person’s schema, you can identify what they need to grow and change. I liked the class so much that I recently took it again.

Funny thing. Every time I take a class to help me get a better understanding of the characters I create, I also get a better understanding of myself. One of the things she asks the class to do is to pay attention to the next time you have an emotional response to a situation and think about why you reacted the way you did. The basic reaction for creatures when put in a situation where they are uncomfortable is fight, flight or freeze. This reaction is the same every time. It doesn't change unless something forces a change.

When faced with a conflict, I wish I could say that I’m a fighter. I want to be a fighter. But I take flight. I don’t just fly away. I get out as fast as I can. After taking Melinda’s class this last time, I took a hard look at things in my past and situations where I responded the way I did. I wasn’t one to stand up for myself. When my best friend and I got in an argument, I avoided her. When my family was disappointed in me, I hid in my room. When I’m confronted with a situation that makes me uncomfortable, I leave. I hate conflict. It physically makes me sick at my stomach. Being around confrontational people, even in situations that don’t involve me, makes me vomit.

When my father died, I drove to Texas for the funeral, expecting to stay most of the summer and help take care of all the things that were left behind. As often happens when loved ones die, a great deal of conflict erupted between family members, particularly my aunts and myself. So instead of staying for the entire summer, I packed up and left the day after the funeral. A few years later, when my grandmother died, I was so scared of facing my aunts again, that I didn’t go to the funeral. That is something I will always regret. My grandmother helped raise me after my parents divorced. She saved me in more ways than I could possibly imagine. I told myself that funerals were to support the living. My grandmother knew how much I loved her and I didn’t want to disrespect her memory by showing up and causing more conflict with the aunts who haven’t spoken to me since my father died. But no matter what kind of excuses I come up with, the fact remains that I wasn’t there to see her laid to rest. What I did because I told myself I was doing out of respect, others saw as the highest form of disrespect. Needless to say, the conflict with my family has never been resolved.

Why do I act like a scared rabbit every time conflict arises? Before I took Melinda’s class, it never crossed my mind to question. It was just the way I was and that was that. But sometimes taking a class to improve your writing turns out to be best kind of therapy for yourself.

I realized that my response developed at a very early age. My parents divorced when I was six years old, but those were six extremely turbulent years. 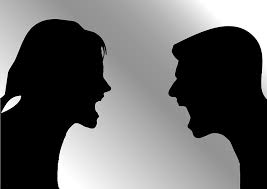 In addition to being an alcoholic, my mother also dappled in prescription drugs. My father was a truck driver who was only home on the weekends, so during the week, she spent most of her time passed out on the couch. One time in particular, I remember shaking her awake and asking her if my brother and I could walk to my grandmother’s house. Hours later, she showed up at my grandmother’s house with a belt and whipped us both for leaving the house without telling her. No amount of crying could convince her that we’d asked for permission. We were never sure what to expect from her. But weekends were worse. My father would come home and most of the time was spent arguing. He liked to drink, too. The more they drank, the more they fought. They didn’t hit each other but a lot of things were thrown and broken. My brothers and I would hide in our rooms, sometimes under the bed, until the yelling stopped.

Is it any wonder that I avoid conflict? That flight reaction was ingrained into me from a young age and I’ve never been able to get over it. At least now I'm aware of why I react the way I do.

Fortunately for my characters, I have a much better understanding of their schema’s and present them with challenges along the way to face their problems. It also helps that they are paired up with the exact person they need to facilitate change and grow into a better person. Shouldn’t we all be so lucky? 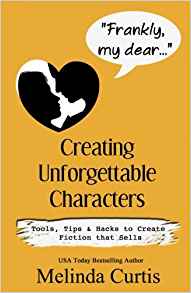 If you would like to see what makes your characters tick (or yourself) I highly recommend the book “Creating Unforgettable Characters” by Melinda Curtis. But be prepared because you might learn something about yourself as well.